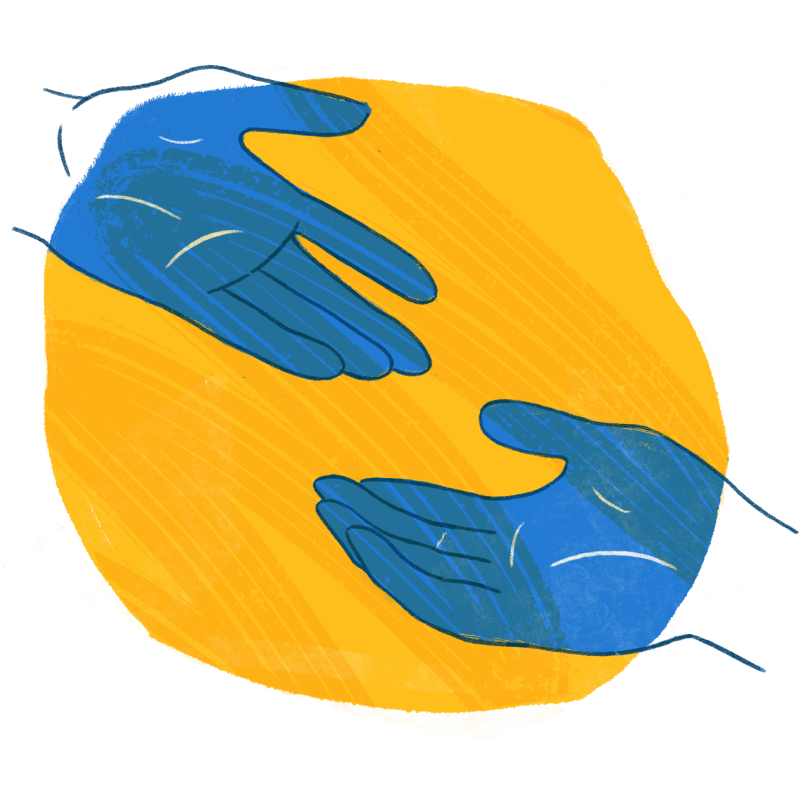 The tradition which Jesuit Social Services inherits is based in trust that the world and human beings are more than we can know.

This is given expression when we respect the dignity of each human person, acknowledge our interdependence, and seek the good of each person, particularly the most vulnerable.

Our Jesuit heritage has a focus on seeking what matters, finding God in all events and people, and on faith and justice. These commit us to shape a world in which the dignity of each human being and their interdependence on one another and on the environment are respected, with the result that the persons, society and the works may flourish.

Behind the practice framework and its description of how we work at Jesuit Social Services lies a distinctive view of the world that we share. It sees each human being as precious and so as demanding respect.

In this view each human being is defined by their relationships to others and to the world. No person is self-made but depends on other people in order to flourish. It follows that we are responsible to one another in all that we do, and particularly to the most vulnerable people in our society. Our responsibility does not stop with our personal relationship. It recognises the interconnectedness of environmental and social justice and extends to building a society in which people, and especially the most vulnerable, are respected, and in which all have a place at the table. We are also committed to develop the same respectful relationships with one another as with the people whom we serve, and to embed them in our processes.

This view of the world and of our relationships flows out of the Christian and Ignatian tradition which we inherit at Jesuit Social Services. It also comes out of the more recent secular tradition with its emphasis on human rights, free will and the innate desire for growth.

Our origins as Jesuit Social Services

Jesuit Social Services’ origins date back to 1977, when we opened a small hostel called Four Flats for young men after their release from youth justice centres and prisons.

This program was later named Brosnan Youth Services after Father John Brosnan, who was Chaplain at Pentridge Prison for 30 years.

In 1995, Jesuit Social Services was established incorporating Brosnan Youth Services and including new services that grew out of our experience engaging with disadvantaged young people.

In 2007, at the time of our thirtieth anniversary, we accepted a request by the Provincial of the Australian Jesuits to become a national lead agency for the Province in the field of social justice.

Following this we extended our services and advocacy to New South Wales and the Northern Territory.

Today we work in some of the most difficult and demanding areas of human service, including crime, addiction, mental illness, suicide bereavement, long-term unemployment and entrenched social disadvantage.

In 2007, we commissioned Jo Dunin to write our history, in order to mark our 30th anniversary.

Doing Justice: Reflections from thirty years of Jesuit Social Services 1977–2007, is the result.

Doing Justice is a beautifully presented history of our organisation with stories of life, justice and disadvantage in Melbourne.

In it, you can read about the experiences of those who have worked with us and those we’ve supported.

The Jesuits (also known as the Society of Jesus) are an international body of priests and brothers within the Catholic Church.

The Jesuits were established in 1540 by St Ignatius of Loyola.

Ignatius was a Spanish solider and aristocrat, whose military career was ended when a cannon ball shattered his leg.

While recovering, Ignatius read about the life of Jesus and the lives of the saints and decided to dedicate himself to God.

So began a life of pilgrimage – though not without hardship. Drawing on personal experiences of desolation and consolation, he developed his meditations on the love of God – which would become his Spiritual Exercises.

Ignatius was imprisoned a number of times by the Spanish Inquisition for teaching people about the love of God, without having what was regarded as the appropriate qualifications.

Ignatius then sought formal training in theology and in 1528 Ignatius enrolled in the University of Paris where he drew together a group of companions.

Rather than living in monasteries, Ignatius of Loyola instructed the Jesuits to:

In this way of proceeding, the Jesuits differed from earlier religious institutes in the Catholic Church.

The Jesuit way of proceeding

To live and work within the Ignatian and Jesuit tradition is to reflect on experience, and then move to purposeful and strategic action.

The Jesuit ‘way of proceeding’ sees no separation between the spiritual and the practical.

It is a way of walking with others, so that they too might freely and fully become their own unique selves and find purpose in their lives.

To learn more about Ignatian spirituality, we recommend reading:

Catholic Social Teaching guides all our work – our service delivery and our advocacy. This is the body of reflection that comes from Catholics’ experience over recent centuries of social conflict and dreams for a better society.

At the heart of this teaching is the conviction that each human being is precious – the dignity of each person must be respected. We human beings, too, depend on one another and on our natural world for our lives, our opportunities and our happiness. So we must shape our society in such a way that all persons, and society as a whole, are enabled to flourish, especially the most vulnerable.

A strong society is one in which all persons are free to shape their lives, are connected in strong and active groups, and where the government upholds and respects the rule of law, and accepts responsibility for ordering the economy so that it serves the common good.

Today there are some 15,000 Jesuits around the world, living and working with people across cultures and religions.

Pope Francis is the current Pope of the Roman Catholic Church and is the first Jesuit to be elected Pope.

Notably, the Jesuits are the world’s largest provider of non-government education services, and founded one of the world’s first transnational refugee services.

The Jesuits are organised locally by province, with each province sitting under broader administrative divisions called ‘conferences’.

We work within the Australian Province, which is part of the Jesuit Conference of Asia Pacific.

Jesuit Social Services celebrated 40 years of working to build a just society in 2017. You can read more about how we marked this milestone here.