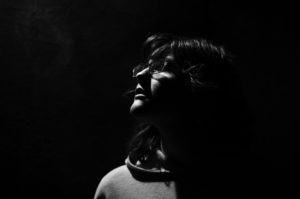 As public concern has risen over community safety in Victoria, so too has the number of young people held on remand in the state.

In late 2016, before an incident at Parkville Youth Detention Centre that resulted in part of the facility being shut down and a number of young people being transferred to the adult Barwon Prison, around 80 per cent of young people in Parkville were on remand.

Four out of every five young people were held in detention despite not being convicted of an offence.

It is extremely difficult to rationalize this. While we all acknowledge that community safety is a priority, the vast majority of young people who are charged with offences would be better served being supported to address the underlying issues behind their offending in the community.

For example, Jesuit Social Services runs Youth Justice Group Conferencing, an approach based on the principles of restorative justice that supports young people to take responsibility and make amends for their actions.

Not only is it far more cost-effective than the cost of keeping a young person in detention – which is around $1,500 per day in Victoria – but it is more effective in keeping the community safe.

An evaluation on this program in 2010 found that 80 per cent of young people who successfully completed a Group Conference had not re-offended two years later. Given evidence shows that young people who have early contact with detention are more likely to re-offend later in life, it is apparent that the most effective way to create the safer communities we all want is to divert young people away from unnecessary contact with the justice system wherever possible.

We have previously voiced concerns that young people who are placed on remand are cut off from their support networks, can be exposed to negative influences in detention, and due to the pressure-cooker environment of the current Victorian youth detention system, can fail to access the vital education and rehabilitation services they need to prepare them for their eventual return to the community.

With this in mind, we are extremely pleased to note that the Victorian Government has invested $3.4 million over two years to a youth remand court, which will fast-track the cases of many young people held in detention.

Last week, our CEO Julie Edwards and General Manager of Justice Programs Daniel Clements told a parliamentary inquiry into youth justice centres in Victoria that the high percentage of young people on remand was a contributing factor behind the current situation.

It is clear that this environment has not been conducive to effective outcomes for anybody – including the broader community.

This welcome investment by the Victorian Government will allow young people to have their cases heard in a timely manner, which will in turn reduce the number of people held in detention and ultimately reduce pressure on a system that has been under unprecedented strain in recent times.