Jesuit Social Services - To address youth offending, we must look to the evidence of what works

To address youth offending, we must look to the evidence of what works 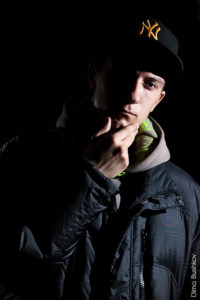 Last Thursday Jesuit Social Services joined Victoria Police Chief Commissioner Graham Ashton, community leaders and experts at a youth summit to discuss one the most important issues facing our state: the involvement of young people in serious and violent crime.

Is it a positive step forward that the youth crime rate had been steadily dropping nationally over the past decade.

However, while the number of young people committing offences has fallen, a small group of young people is committing a higher frequency of offences. This is evidenced in the fact that ‘high frequency’ offenders – who committed 11 or more incidents between 2014 and this year – account for 40 per cent of all incidents recorded.

These increases in the number of incidents of youth offending have been driven in part by amendments made to the Bail Act in December 2013. The reforms imposed the same restrictions on children as adults, and resulted in young people being charged with minor breaches of bail conditions such as missing a curfew.

We welcomed the Victorian Government’s recent changes to the Bail Act to address this fact and ultimately make a big difference in the lives of vulnerable children and young people.

However, the issue still remains that Victoria faces significant issues a small cohort of young people becoming involved in persistent and serious offending. Recent reports of young people being involved in carjackings and gang-related aggravated burglaries have brought considerable media attention to youth offending. So how should we respond and how do we stop youth offending?

Put simply, to address youth offending we must look to the evidence of what works. Diversionary approaches, which aim to help people address the underlying issues behind their offending, are more effective in reducing re-offending among young people than the use of custody and prison sentences.

It is also impossible to disassociate youth offending with disadvantage. In our 2013 report, Thinking Outside: Alternatives to remand for children, we found that vulnerable and disadvantaged young people are highly overrepresented among those who are locked up on remand. The 2015 Youth Parole Board annual report shows that of those detained on remand, 43 per cent had a previous Child Protection Order, 62 per cent were victims of abuse, trauma or neglect, and 33 per cent presented with mental health issues.

As discussed at the Summit, many young people committing offences particularly the small number of young people committing offences with high frequency have experienced trauma through abuse and neglect early in life. Many of these people experience multiple and complex needs such as mental health problems, drug and alcohol abuse, homelessness and involvement with child protection.

Evidence clearly shows that young people who have early contact with detention are more likely to reoffend later in life. We must strive to divert young people from unnecessary contact with the justice system, wherever possible. We know that the experience of remand often compounds disadvantage for children and young people. Young people who are placed on remand are cut off from their support networks, and through mixing with others involved in criminal behaviour, are more likely to engage in further criminal activity.

Victoria has a strong record with youth justice. As a state we have been able to effectively divert most children away from further contact with the justice system, whilst consistently having a lower youth crime rate than the national average. Despite Victoria’s strong approach to youth justice, Victoria remains the only Australian state which does not have a legislatively based diversion scheme. Existing diversionary programs across the state are currently limited in their scope or funding, meaning there is significant variation in the availability and provision of services across metropolitan and regional areas.

We know that alternative approaches to justice for children and young people work. Jesuit Social Services conducts Youth Justice Group Conferencing throughout metropolitan Melbourne, as a strategy to divert young people from further or more serious offending. Group conferencing enables dialogue between young people who have offended, their victims and the wider community. This provides young people with an opportunity to learn from their mistakes and to understand the impact of their behaviour on the wider community. Group conferencing has not only been effective in reducing youth reoffending, it is also far more cost effective than keeping a young person in detention.

In mid-2015, the Victorian Children’s Court funded the 12 month Youth Diversion Pilot Program, which commenced in the Dandenong, Broadmeadows, Werribee, Ballarat, Ararat and Stawell Children’s courts. A young person appearing in the Children’s Court for the first or second time for a low level offence can be referred to the program by the Magistrate. If the young person meets the requirements of the Diversion Plan, a criminal conviction will not be recorded.

Together with YSAS and Centacare Ballarat, Jesuit Social Services was engaged as the lead agency to provide case management support to young people participating in this pilot program. The pilot has received consistently positive feedback from Victoria Legal Aid, police prosecutors and the broader court network, with ninety-four per cent of participants successfully completing the program. Early outcomes indicate a broad range of positive impacts on the lives of young people, including participation with education, improved mental health, and better prospects for engagement in future employment. Based on the success of the pilot, the Victorian Government allocated $5.6 million over two years in the 2016/17 Budget for the expansion of the diversion program state-wide.

We know that initiatives like these work. An independent evaluation of young people who completed a Youth Justice Group Conference found that more than 80% of participants had not reoffended two years later. More than 93% of participants have successfully completed the Youth Diversion Pilot Program, linking them with vital services to address the factors behind their offending.

Steering young people away from the justice system makes sense on every level. It is more cost effective, it helps young people to avoid a lifetime of cycling in and out of prison and it ultimately creates safer communities. We look forward to working with the Victorian Government and other key partners towards this goal.

This blog post was written by Siann Nutting, Student on Placement at Jesuit Social Services.