Youth justice practitioner RON ZARTH shares his journey and how he came to work in Jesuit Social Services’ justice programs. This story was originally presented as a speech at our 2017 Annual Dinner. 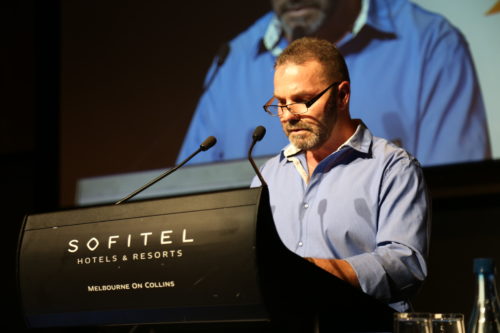 As a young boy I came from a very dysfunctional and abusive home environment. My stepfather was very strict and the home was ruled by fear, physical abuse and intimidation. As a boy my stepfather had me made a ward of the state and placed me into the care of the state. Back in those days in the 70’s there were not a lot of home based foster care placements, so the only other option was a boys’ home where I spent the next few years.

I remember as a child wondering, ‘How I could have ended up in a place like this?’ and thinking how unfair the world seemed to me. Most of the other children in these homes were also wards of the state who also came from dysfunctional, violent backgrounds. Going back home was not an option, so I had to come to terms with this and make the most of the hand I had been dealt.

I spent a few years in boys’ home going through the system, gravitating to youth justice at the old Turana Boys’ Home, where I was released not long before my 17th birthday. I had the option of going back home, and took this option up so I didn’t have to remain a ward of the state till I was 18 years old. Going back home didn’t work out, as my mother had spilt from my stepfather, but had a new boyfriend who did not like me – so I left. 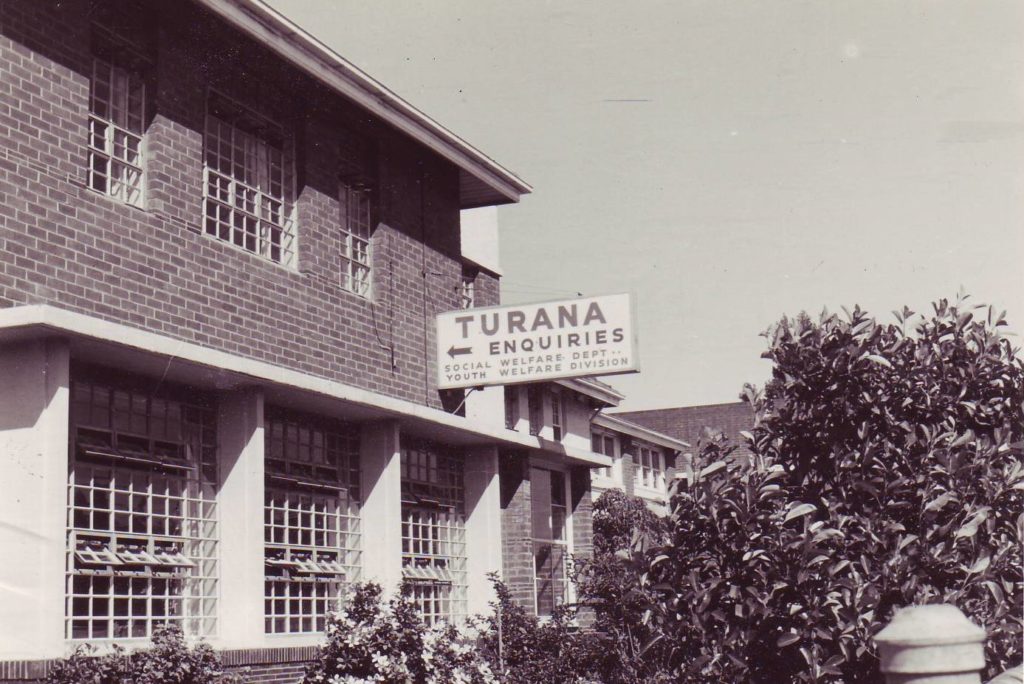 Turana, a Victorian government-run centre in Parkville, in the 1970s: “Going back home was not an option.”

Not long after I got caught up with the wrong crowd. Thinking back, it was more about just trying to fit in and belong somewhere. But it ended me up in prison at Pentridge, and I received an eight year sentence. I remember back then – I had only just turned 17 – how scared I was and how I was going to get through being in prison and remain strong.

Life in prison in the early 80s was harsh and tough. I was one the youngest in there and was always mindful of that. I’d seen first-hand all sorts of vulnerable young prisoners. I remember one particular young man, who was imprisoned for traffic offences, was sexually assaulted in prison and hung himself that night. I still remember him being carried out of his cell the next day.

I also remember being a very angry young man. I was angry at the world but, more importantly, with my stepfather. I’m a strong believer that all children should be provided with love, support, nurturing and the knowledge that they are cared for. This provides an environment where kids can not only grow up happy with good attachments, but also where they can flourish.

All children should be provided with love, support, nurturing and the knowledge that they are cared for.

I spent my 18th birthday in H Division at Pentridge. This part of the prison was more about breaking and humiliating you into conforming, and in some ways was very soul destroying. I learnt very quickly to adapt to the violence that happened on a daily basis. It was in those darkest moments that I made a conscious decision that I would get through this. I felt I needed to stop blaming others for my predicament and just get through with doing the next five years of my sentence. I was provided with the opportunity in 1986 to get out of Pentridge and transfer to the old Beechworth prison, where they did not even have toilets in the cells. I got out on an early release scheme, taking my total time in prison to four years. I was released when I was 21.

I remember getting out and telling myself that I was never going to go back to prison. I also told myself that if I ever had children, which I have, that they would never know the life I’d led, that they’d know that I would always be there for them and that I loved them.

I did quite a few labouring jobs upon my release and then decided in my early 30s that I wanted to give something back. I felt I would be good working with young people who’d had contact either with the youth justice or adult correction system. I studied for about five years, which I found a little hard as I’d only completed year seven at school. But I knew that if I wanted to get into this sector, then I needed to get some qualifications.

Trying to get into the justice sector was difficult for me, as no-one would give me a go. My determination never wavered, although at times I felt disheartened, because I felt I could have a positive impact on young people’s lives if someone would just give me a go.

I approached Jesuit Social Services back in 2004 after working in disability for five years. I remember being upfront and honest about my past and about how hard it was to find someone wanting to give me a go. Peter Coughlan, then Manager of our justice programs in Brunswick, took the time to hear my story and also gave me the opportunity to work at Jesuit Social Services, which I’m very grateful for. I worked at Jesuit Social Services for the next eight years in a variety of positions and roles, mostly with young men upon their release from prison or youth justice centres. Young men who’d known violence all their lives. Violence done to them and, sadly, violence they had done.

I felt I could have a positive impact on young people’s lives if someone would just give me a go.

During this time I became interested in Jesuit Social Services’ Youth Justice Group Conferencing Program. I thought this program was great in how it gave young people not only the opportunity to take responsibility for their actions, but also to hear how their actions and offending had impacted on others. How good it would have been to have a program like this back in my earlier days, so I could let others know how sorry I was for my actions and also have the opportunity to understand how my actions had affected others.

I left Jesuit Social Services in 2012, but returned earlier this year to work in our Individual Support Program, working with young, high-risk offenders and also kids leaving the child protection system. The young men I work with today, and those I have worked with in the past, remind me of my formative years. These young men and boys haven’t had many positive role models in their lives, so I’m really pleased that Jesuit Social Services is taking this work even further by setting up the Men’s Project. The initiative will help even more boys and men than we see in our programs, by supporting the community to address violence, to look at what it is to be a good man and to help men live good lives.

The work that Jesuit Social Services does has meaning and value. It puts the right support in place and affects real change in young people’s lives, so they can become valuable members of our community.