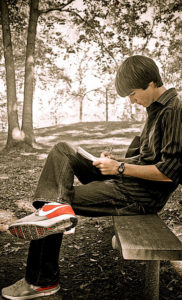 Youth unemployment is one of the most important issues facing our nation and this week’s 2016-17 Federal Budget contains some positive initiatives and investments towards addressing this.

Jesuit Social Services believes that a $750 million investment into assisting young people with the transition from education to employment is a step in the right direction, however we remain mindful that approaches need to be holistic and tailored to work not just with mainstream jobseekers but with marginalised young people.

Announced as part of this week’s Budget, up to 120,000 jobseekers under 25 years old will be assisted in skills training and supported to engage in voluntary internships of up to 12 weeks. During these internships, jobseekers will receive an additional $200 fortnightly payment on top of their existing Centrelink payment. Employers who take on eligible jobseekers after the completion of their internships will be eligible for subsidies of up to $10,000.

Responding to the Budget, ACOSS CEO Dr Cassandra Goldie said “this budget has provided an opportunity for young people to get work experience in real jobs with a wage subsidy, something we have urged for some time and should be used more widely.”

Jesuit Social Services agrees that the best way for young people to transition in to work is to have access to hands-on opportunities that teach them not only the foundational skills needed to maintain a job but also the ability to follow directions, work as part of a team and adhere to a routine.

We operate three social enterprises where long-term unemployed young people can gain skills in areas such as food handling and customer service – and more than two-thirds of participants go on to further study or employment.

This program is successful because it works with each individual to allow them to reach their full potential, rather than take a one size fits all approach.

For the Government’s proposed internship scheme to succeed, it must have this at its heart. While mainstream services may work for some, the people Jesuit Social Services works with are often facing multiple and complex barriers to employment.

Brotherhood of St Laurence CEO Tony Nicholson points out that the transition from school to work is much riskier than in previous decades.

“We know in the modern economy, employers need workers with skills and work experience that so many of our young people find harder to acquire,” he says.

This is particularly true for the people we work with – people who may have had contact with the justice system, may be at risk of homelessness, or may be experiencing mental illness or substance abuse issues.

There is also the important consideration of what type of support and guidance these young people will receive during their internship periods and what checks and monitoring systems will be put in place to prevent unscrupulous employers taking advantage of young people keen to get a foot in the door.

Marcelle Mogg, CEO of Catholic Social Services Australia, writes at Eureka Street that “the focus on making payments to employers of $10,000 after only six months’ engagement is misguided. It may result in young people, already a highly vulnerable workforce cohort, being terminated at the end of the six month period, resulting in workforce churn.”

Last year we released the report Dropping off the Edge 2015 which demonstrated that a small number of communities across Australia have disproportionately high levels of unemployment, low family income and education, housing stress, domestic violence and prison admissions, severely limiting life opportunities and placing significant social and economic costs on the broader community.

This report is a roadmap for Government to see where areas of the most need are across the country. It is clear that mainstream approaches are less likely to succeed in these areas, and initiatives to help young jobseekers must be tailored to local communities to result in the strongest engagement and positive outcomes.

The initiatives in this week’s Budget are a step in the right direction which we hope will result in positive and sustainable change among the lives of tens of thousands of vulnerable young jobseekers.

But our cautious optimism is tempered by the fact that for an initiative like this to truly succeed, it must be suitable to all marginalised young people, many of whom face multiple and complex barriers to inclusion.