Jesuit Social Services - Talking to all kinds of people: Martin is a counsellor with Support After Suicide

Talking to all kinds of people: Martin is a counsellor with Support After Suicide

When MARTIN RYAN was given a social work placement at Jesuit Social Services in 1978, he never imagined he’d be back in 2009. Now a counsellor with our Support After Suicide program, MARTIN chats to SEZ WILKS about a career spent helping others. 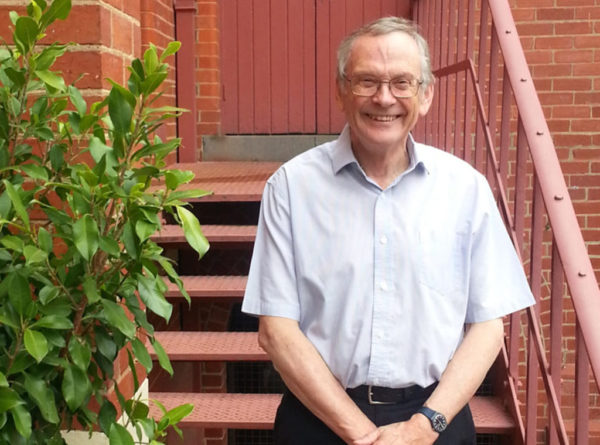 “When I dropped out of school in year 12, I suddenly had to find something to do. I ended up doing nursing in a hospital, and only when I’d finished nursing did I go to university and begin the path to social work. Social work is about helping people. You can code it in all sorts of academic layers, but basically it’s about helping people. In the later years of school I actually wanted to be a social worker, and funnily enough that’s what I’m doing now, so I’m lucky.

“Nursing gave me confidence in talking to people. You’re forced to talk to all kinds of people – and that’s exactly what I do in Support After Suicide, because suicide impacts right across the board. At the moment I’m seeing people who range in age from 13 to 82, across all socio-economic categories, religious groupings and ethnicities. You’ve got to be able to relate to all of them.”

“My first encounter with Jesuit Social Services was my placement back in ’78. Back then, Jesuit Social Services was just Four Flats, a post-release residential unit for young offenders aged 17 to 21. It was four staff, and I was there as a social work student who came in a couple of days a week and did various things. We were dealing with a really hard-core group of young offenders. And it’s a current topic now, but it was the same group then and they were hard to work with. You’re dealing with really entrenched problems, and it comes back to all the [Tony] Vinson stuff – the same postcodes produce all these other problems and one of them is incarceration.

“What influenced my decision to go on placement? I was told to! [Laughs ] It wasn’t really a choice. I actually objected to being sent. I said, “I don’t want to go there! Why are you sending me there for?” It was with young offenders, it was right outside what I knew. I’d come from nursing, done a degree in psychology, then social work all at La Trobe University, and I probably had airs and graces above my station in life.

“I was thinking they’d send me to a hospital or a counselling agency, and here they were sending me to work in a residential unit for young offenders! I remember being quite outraged at the time, and protesting to the field education staff at La Trobe – who, to their credit, basically ignored me. And I’ve ended up in the same organisation nearly 40 years later! [Laughs]

“At La Trobe I taught a unit on loss, trauma and grief. I’d worked in that area way back in my social work career and I wanted to get up-to-date knowledge, so I did some further study and followed on with a placement, volunteering at Support After Suicide. To cut a long story short, I ended up applying and getting a job here, and have been here since 2009.

“The best part of my role is I get to actually help people, in a really difficult time for them – overwhelmingly difficult, really. It’s a horrendous time for people and the fact that you can assist in even a little way is pretty important and significant. It may not be even what you do – it’s just being there with participants, just empathising. You’re companioning people. That’s essentially what you’re doing.”

“Often it’s about people being heard – us listening, them ventilating – but we also bring our experience and expertise to bear on trying to make sense of things. For many people who’ve experienced the death of a loved one to suicide, the issues are around looking for an explanation and trying to make sense. I think we’re pretty good guides in doing that with people. They tend to say to us, “You get it, you understand it.”

“What would I say to a new staff member? Be a sponge, take it all in. Take every opportunity you can to continue your education, learn from other people, and learn from participants. Participants are your greatest source of knowledge. I’ve been in this role eight years, and it’s probably taken all those eight years to feel confident in what I do, to feel I know what I’m doing in most situations. But if you have the right attitude you can continue to learn all the way through.

“Talk to other people in other programs, too, because there are commonalities. Wherever we are, we’re working with people who are disadvantaged and stigmatised. That’s common to all of us, and we can all learn from each other.”

“One of the things I’ve done working here is to take on board the Jesuit philosophy. I’ve really connected with the ideas. I’ve even said ‘welcoming, discerning and courageous’ in my social work classes to students. It makes sense to them, because in many ways social work is about the same thing: you engage people, you welcome them; you’re thoughtful and reflective about it; and then ultimately you’ve got to be courageous. Whether it’s interpersonal, in a counselling session, or whether it’s social policy, there’s a point where you’ve got to take a leap into the unknown. You identify problems, but you’re out to actually address them in a creative, flexible way. Certainly the Jesuit philosophical framework shares that background with social work. And the two come together really nicely to produce this organisation.

“Going back to my ’78 experience – the values stuff in that early time wasn’t as visible, it was more in the actions. But it’s ostensibly the same organisation. The values and the way of thinking is something that’s much more inculcated into Jesuit Social Services now. And in terms of sheer size and diversity of programs, what we have now is a world away. I hope that we can continue to survive and thrive, and be adequately funded. I’d like to see that across all the programs we work in, as well as new things. The sky’s the limit!”