Strategies to address youth offending must address the drivers 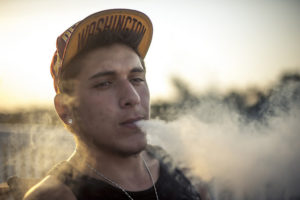 This week, Jesuit Social Services is presenting at the 2nd Australasian Youth Justice Conference, which is hosted in partnership by the Australasian Juvenile Justice Administrators (AJJA) and Griffith University. Jesuit Social Services is pleased to have this opportunity to meet with key stakeholders, researchers and policymakers to discuss issues of youth justice, and in particular diversion from the justice system.

In Victoria, we have seen the actual number of youth offenders dropping over the past 10 years. However, there is a small proportion of offenders who are offending more, with young people who were recorded for 11 or more incidents making up 40 per cent of all youth incidents.

Any strategy responding to youth offending must address the drivers of repeat offending. We know that early contact with the justice system is one of the key predictors of future re-offending. Australian Institute of Health and Welfare data found that children who were first under supervision between the ages of 10 and 14 were more likely to return to supervision in later years, with 33 per cent of that age bracket returning to youth detention, compared to eight per cent of those first supervised at older ages.

Early intervention and support, can  prevent further contact with the justice system. At the conference, our policy and practice managers described how we engage with young people to facilitate their diversion away from the criminal justice system. In mid-2015, Jesuit Social Services was engaged by the Victorian Government as the lead agency to deliver the Youth Diversion Pilot Program (YDPP). The YDPP is an effective strategy in addressing youth offending, one which uses restorative practices, and focuses on the young person being actively engaged in the process.

The pilot program targets those young people who acknowledge their offence and are appearing in the court for the first or second time. It was initially envisaged that those referred would have low level offending, however we have seen young people referred with a broad range of offences.

Jesuit Social Services is responsible for all initial assessments to the program, and alongside the Youth Support + Advocacy Service and Centacare (Ballarat) provide the service delivery. The YDPP was initially funded as a 12 month pilot program, but funding was recently extended by the Victorian Government for another six months. The program has been operating in seven courts across metropolitan Melbourne and regional Victoria.

Many of the young people referred to the program have a range of complex needs. One of the most common issues we find includes disengagement from schooling, with over half of participants experiencing previous suspension or expulsion from schooling.

We have seen much success with this program, with over 90 per cent of participants in the pilot having successful diversions, including having their charges dismissed. Common outcomes from the program include re-engagement with education and training, improved family relationships, and the young person having a better understanding of the impacts of their offending on the broader community. The success of the program, in part, led to the Victorian Government  allocating $5.6 million in the 2016-17 state budget for the state-wide expansion of the diversion program.

Following the State Government’s commitment to expand the program state-wide, we look forward to further opportunities to support young people out of offending behaviour.