Jesuit Social Services - Not just offshore processing that is inhumane

Not just offshore processing that is inhumane 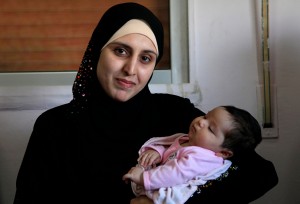 In the past six months we have had a change in Prime Minister, but unfortunately the country’s punitive and inhumane policies surrounding people seeking asylum remain.

The current system of offshore processing exposes vulnerable men, women and children to indefinite waiting times, violence and sexual assault and does not respect their fundamental right to human dignity.

The Federal Government’s Border Force Act – which prevents staff (including social workers, doctors and nurses) from speaking out against the neglect and abuse they witness – again highlights the need for the community to give refugee and asylum seekers a voice.

These issues have again risen to prominence following the High Court’s ruling which formalised the legality of offshore detention. This places 267 people seeking asylum, including 37 babies born in Australia, in a very precarious situation as they face deportation from Australia to the harsh conditions of Nauru.

But it is not just offshore processing that is inhumane. If these 267 vulnerable men, women and children are allowed to stay on mainland Australia and live in the community while their protection applications are processed, they still face a multitude of policies designed primarily to deter others from making their way here rather than to process and assimilate those already on our shores.

The implications of these policies include:

These measures have a serious impact on the living conditions of people seeking asylum in Australia. Their experience is characterised by limited access to income support, healthcare and education, restrictive work rights, lack of affordable housing and difficulties in accessing much needed mental health services.

The wider Australian community has recently rallied to show support for the 267 people at risk of sent to Nauru and Jesuit Social Services will continue to give marginalised people a voice and ensure they receive care and support. This means being properly fed, sheltered, secure, receiving medical care and having claims adjudicated fairly.

*Jesuit Social Services provides a leadership role in the Catholic Alliance for People Seeking Asylum (CAPSA), an initiative built on the groundswell of support from Australian Catholics which advocates for policy changes to better uphold the dignity and rights of people seeking asylum