New reports by the Victorian Auditor-General’s office and Victorian Commissioner for Children and Young People highlight the significant strain the state’s youth detention system is under – and the harmful impact this has on the rehabilitation prospects of young people. It’s time for evidence-based solutions, writes Jesuit Social Services’ KATHRYN KERNOHAN.

The failings of the Victorian youth detention system have been laid bare in a number of recent reports. 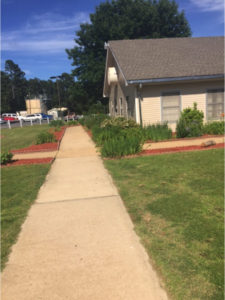 In August, the Victorian Auditor-General’s office tabled a report that found young people in detention have not been receiving the rehabilitation services they need.

The report on Managing Rehabilitation Services in Youth Detention outlined that while all young people receive health and mental health screenings when entering the youth justice system, more than half (51 per cent) of young people on remand did not have a case plan.

Last week, the Victorian Commissioner for Children and Young People tabled her Annual Report which found that the youth justice (custody) system recorded 240 category one incidents over the past year.

In the report, Commissioner Liana Buchanan writes “The Commission found that assault-related incidents have increased among, by and upon children and young people.

“These numbers suggest that youth justice centres are environments where limited capacity to prevent and control violence impacts on the safety and wellbeing of children and staff alike.”

These reports highlight that the system is under significant strain. This is due to a number of factors including detention facilities that are not fit-for-purpose, staff members not equipped to work with highly vulnerable young people, changes to the successful dual track system and the fact that almost half of the young people currently in detention being on remand.

Last year leaders from Jesuit Social Services visited effective youth justice systems in parts of Europe and the USA as part of our #JusticeSolutions tour.

What we found was that successful systems abroad had a clear focus on supporting young people to address their issues and ensure they leave the system better off than when they entered.

States across the US vary in terms of their approach to youth justice. Missouri in the country’s Midwest is leading the way with a system based on diversion and rehabilitation. Here, detention facilities are small, home-like and close to young people’s families and communities.

There is a clear focus on education and this is demonstrated in the fact that 77 per cent of young people in the Missouri youth justice system earn high school credits.

Experienced and well-resourced staff are also essential in helping to build relationships with young people which facilitate positive pathways and reduce the chances of re-offending. Young people are treated as individuals and supported to address their individual and often complex needs.

The importance of investing in high-quality and well-supported staff was evident not just in Missouri but in other jurisdictions we visited such as Norway, Germany and Spain.

Data from the Sentencing Advisory Council shows that 61 per cent of 10-17 year old Victorians charged and sentenced in the Children’s Court re-offend within six years.

We must do everything we can to break this cycle. That involves working intensively with young people to prevent crime from occurring in the first place. It also involves ensuring our youth detention systems focus on setting kids up for success when they return to the community.

Education and therapeutic support must be a priority in detention and young people also need access to housing, education, jobs and training when they leave.

The shocking revelations in these recent reports highlight that urgent reform of the system is needed.

Our #WorthASecondChance campaign has developed a range of recommendations that will improve outcomes for young people, their families and the broader community.

This includes raising the age of criminal responsibility from 10 to 14, trialing new programs that work with children as young as eight who may display anti-social behaviour and strengthening diversion opportunities for young people to ensure detention is always a last resort.

We also believe we must strengthen the capability of the workforce to address the complex needs of young offenders including introducing minimum qualifications for staff in the detention system.

Our young people are #WorthASecondChance – and we need a system that supports that.