Jesuit Social Services - More than the sum of their crimes: listening to the voices of young people

More than the sum of their crimes: listening to the voices of young people 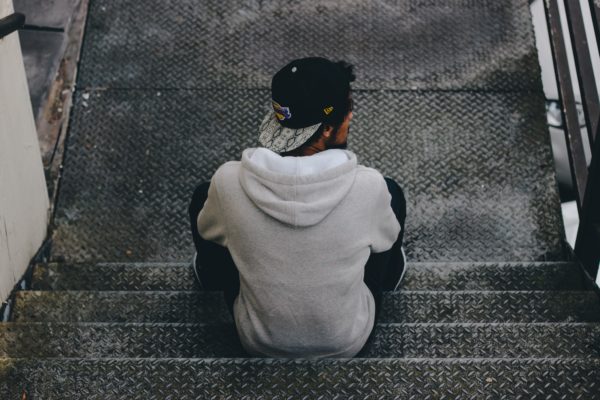 How young offenders are viewed by society is heavily influenced by the media. The language used and the stories told often portray a single angle of the issue, labelling young offenders as “teen thugs”, with little depth explored. So how can we deliver to society a more holistic view of young offenders that humanises, rather than harms?

Panellists at our recent National Justice Symposium spoke about media and public opinion as one of many complex issues impacting youth justice across Australia. They saw language as an important factor in how these youth are viewed by society, and spoke of how using positive stories can reverse some of the negative generalisations and misconceptions surrounding young offenders. According to Rob Hulls, Director of RMIT’s Centre for Innovative Justice, it’s important to view these kids as “more than just the sum of their crimes”. It’s often the case that young people who have committed a crime have come from a background of family turmoil, drug and alcohol abuse, traumatic life experiences or mental illness.

When this bigger picture is presented, the more relevant question becomes: how can we address offending behaviour and rehabilitate this person back into society? Stephen Leane, Assistant Commissioner at Victoria Police, sums this up perfectly with his comment, “every person rehabilitated is one less person committing a crime”. The justice system can either drive a young offender further down the chasm, or lift them out into a better life.

Why are young offenders publicised one-dimensionally?

The lack of young people’s voices being heard is a major reason why this issue is seen at such a shallow level. This was highlighted by the NT Royal Commission’s interim report, where “young people’s voices are all but invisible”. The absence of young people’s personal stories and experiences in the Royal Commission acts as a microcosm of the entire issue of youth justice, where youth are being generalised and persecuted by society on the basis of one crime and not the complex life experiences of the offender. Herald Sun writer Wendy Tuohy reflects that people “have the attention span of fleas” – they will often read a headline and immediately make a generalisation.

ABC radio presenter, Jon Faine, notes that the black and white notion of victims being good and offenders being bad needs to be dissolved and replaced with he realisation that “they are all the same people… today’s offender was yesterday’s victim, and yesterday’s victim is tomorrow’s offender”.

Society always has sympathy for victims, but if that traumatic experience causes the same person to offend, all sympathy is lost. The idea that many offenders have also been victims earlier in their life is under-publicised, due to the lack of both victims and offenders sharing their own stories and experiences.

“Major media outlets can no longer be relied on to tell your story,” explains Lachlan Harris, GetUp co-founder and former advisor to Kevin Rudd. “People must now become a story teller, and a story seller,” and be able to build an audience to expose these important experiences.

Why should we humanise youth justice? And how does it help?

The issue of youth justice as a whole needs to be humanised. When both victims and offenders self-broadcast their stories, it gives a face, a personality, and an emotional and authentic aspect to the issue. This was highlighted to our panellists through the case of a mother whose daughter was killed, and spoke about her experience in a restorative justice Group Conference with the offender. The mother spoke about how this conference changed her life, as it gave her personal answers that the adversarial system could not and positively changed her feelings towards the perpetrator.

While their actions might sometimes seem inhuman, offenders are humans with real lives, real stories, real issues and real experiences. As Stephen Leane says, “yeah, there are bad people who need to be locked up for a long period of time, absolutely… but we have to wake up to the the reality that our prisons and youth justice centres are the twenty-first century asylums.”

It’s in the interest of society that we recognise and address the mental health, trauma, and alcohol and drug problems that offenders may have before they reach the system. At Jesuit Social Services, we believe prevention, early intervention, restoration and rehabilitation are far more effective and beneficial for young offenders than incarceration, which should only be used as a last resort.

We can forget the power language can hold. As Rob Hulls points out, “everybody wants the same thing, to live in a safe society. It is how we achieve this that causes debate”. The continuous villainising of young offenders only creates a negative effect. Getting more positive stories out into the community can create a more holistic picture of young offenders, humanising the issue and giving a better understanding of the lives and experiences of these young people.