Across Australia, youth justice systems are failing some of the most vulnerable young people in our communities. 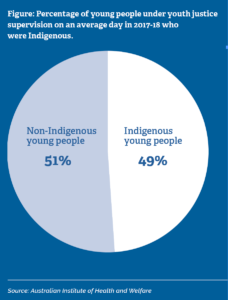 Recently, in Queensland, the ABC’s Four Corners program exposed the scandal of hundreds of children and young people aged between 10 and 17 being held in adult watch houses across the state each year. In the Brisbane City Watch House, some children were held in isolation, three children had recently attempted suicide and a young female was placed in a holding cell with two alleged male sex offenders.

This report brought to mind the horrific revelations exposed at the Don Dale youth detention centre in the Northern Territory in 2016, which sparked the Royal Commission into the Detention and Protection of Children in the Northern Territory. Three years on, it appears the lessons of Don Dale have still not sunk in, with stories continuing to emerge across the country of mistreatment and neglect of young people in detention.

In New South Wales, the Inspector of Custodial Services found in November last year that children and young people in detention facilities were subject to inappropriate routine strip searches, solitary confinement and excessive use of force. Government figures in Tasmania show there were 203 strip searches of children at Ashley Youth Detention Centre in a three-month period in 2018. In Western Australia, Amnesty International reported in March 2018 that a Maori teenager was kept in an isolation cell for 328 days.

These disturbing incidents illustrate broken systems and flawed approaches that demand urgent attention. Above all, we need effective approaches to youth justice that focus on early intervention and diversion and prevent young people from contact with the justice system wherever possible, using child-specific approaches and engaging families and communities.

The overrepresentation of Aboriginal and Torres Strait Islander children and young people in the justice system must also be addressed as a priority. Although only about 5 per cent of young people aged 10 to 17 in Australia are Indigenous, 49 per cent of those under youth justice supervision on an average day in 2017–18 were Indigenous.

It is time for national leadership on these issues.

In Jesuit Social Services’ Federal Election Platform: A more compassionate Australia, we called for the incoming Federal Government to commit to a National Youth Justice Strategy that seeks to address poverty and disadvantage as the root causes of crime, diverts children from prison at every possible opportunity and that provides access to the opportunities that every Australian child deserves.

We also continue to advocate for the age of criminal responsibility to be raised from 10 to 14 years old across all states and territories.

Prison is no place for a child. The most effective approach to preventing children’s trajectories into the justice system is to address the issues driving their vulnerability, such as family dysfunction, trauma, abuse and neglect.

In November 2018, the Council of Attorneys-General committed to the formation of a working group to examine whether to raise the age of criminal responsibility from 10 years of age. Jesuit Social Services hopes that this report, which is due this year, will recommend raising the age. This would represent an important step toward the kind of positive reform in youth justice that is sorely needed.