Isolation of young people in prison leads to irreversible damage

Victoria’s adult prison population grew by 71 per cent over the 10 years to 2017 – an extra 3,006 people. This is largely attributable to changes to bail laws: the adult remand population soared more than 150 per cent over the same period, and 38 per cent of young adults in prison are on remand. 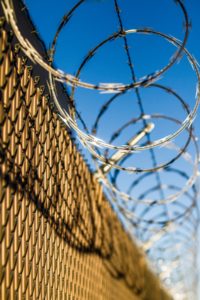 You can read the report, All alone: Young adults in the Victorian justice system, on our website.

Our recently released report – All alone: Young adults in the Victorian justice system – raises a number of concerns regarding the welfare and treatment of young adults in Victorian prisons, and questions whether basic standards to ensure the human rights of those incarcerated are being met.

The mental and physical health of young people when they emerge from incarceration has often deteriorated significantly, while the barriers to reintegrating with the community are high. Too many young people are reoffending and returning
to prison.

Especially concerning is the fact that some people are in isolation for months, even years. Isolation can mean 22 hours a day with little or no human contact in a room which may have little light or ventilation. Very often there is little significant contact with staff during this time, and certainly little or no access to programs or activities. Some people are released directly from isolation into the community.

Typically, young adults who have experienced isolation struggle on release with everyday tasks. They have little hope for their future in the community – many reoffend, often more seriously, and return to prison.

A compelling example of the challenges associated with moving from isolation to the community is James (not his real name) who was transferred to an adult prison at age 16. At age 19 he moved directly from isolation in prison into a flat. His inability to adapt to his new circumstances was evidenced by his efforts to replicate the conditions of his isolation. He made his bathroom into a cell; he spends his time there, listening to radio, preparing his food in the bathroom, and sleeping in the bath.

Jesuit Social Services believes isolation should be used only as a last resort when all de-escalation strategies have failed and there is a risk of serious harm to the prisoner or others. It should never be used as a punishment, nor as a way of managing behaviour.

The Government should legislate for a presumption against the use of isolation. When it is used, isolation needs to be subject to daily review by a qualified mental health professional, and any term in isolation must be kept to an absolute minimum. In line with internationally accepted standards, isolation of a person should never extend beyond 14 days, and only the most extreme circumstances could justify this period.

We also need greater accountability and transparency, which is why we are calling on the Government to require all prison operators to record data on the use of isolation and restraints, and that this data be made public. This should be supplemented by the establishment of an Independent Custodial Inspectorate that is responsible for overseeing prisons in Victoria and reports directly to Parliament.

You can read the report, All alone: Young adults in the Victorian justice system, on our website.