Jesuit Social Services - Is Australia really being overrun by youth crime on the rise?

Is Australia really being overrun by youth crime on the rise?

Young offenders must be seen and treated differently to adults, and youth justice strategies should be based on evidence of what works, writes Jesuit Social Services volunteer FRAN SHEAHAN. 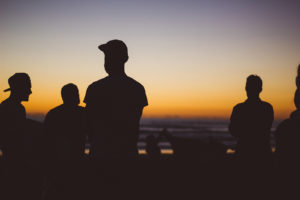 In a recent article by Jesuit Social Services CEO Julie Edwards, published in Children Australia Vol 42 No 4, Ms Edwards outlined that both the numbers of youth offenders and young people under supervision are decreasing. Given recent media coverage this may come as a surprise.

Characteristics of young people who offend commonly include a combination of poverty, disadvantage, involvement with Child Protection, poor school attendance, poor mental health and disability; the over-representation of Aboriginal Australians is also noted. It is clear that these factors, along with the age at which children first come into the justice system, intersect with one another to increase the risk of offending.

A report of the Youth Parole Board 2016 in Victoria found that of all children in detention:

In her piece, Ms Edwards made a plea for young offenders to be seen as different from adults. The parts of the brain which impact such things as awareness of consequences, impulse control and susceptibility to peer pressure are still developing. Teenagers aged between 15 and 19 year olds are more likely than any other age group to be involved in crime and most move beyond that phase in their lives.

So where should we be heading? Ms Edwards notes the need to address the underlying causes of youth offending, with the goal of crime reduction in clear sight. It is logical, given the circumstances, to address such things as education and socialisation and to cater for vulnerabilities of the young people concerned, in the interests of rehabilitation. Given the capacity of punitive responses to further traumatise, they work against rather than towards the goal of crime reduction, so are not appropriate.

In 2017, leaders from Jesuit Social Services embarked on a study tour of Europe and parts of the US. The organisation found that youth justice systems which focused on rehabilitation and education, instead of punitive responses, were the most effective in reducing crime and reducing re-offending.

In many of these systems, detention facilities are small community based settings, young people are supported to develop and maintain connections with family, community and culture, and needs around mental health and substance abuse are addressed. Critical to the success of a model such as this is experienced, resourced and supported staff who can work effectively in these ways.

These findings, coupled with many of the recommendations of the Royal Commission into the Protection and Detention of Children in the Northern Territory, can provide a blueprint for more just and humane youth justice approaches across Australia.

In her article Ms Edwards outlines three examples of interventions.

1.       Restorative justice, which helps young people understand the impact of their actions, by bringing them face to face with the victims of their offences. This can also include the wider community.

2.       Diversion, such as the Youth Diversion Pilot Program delivered out of the Children’s Court of Victoria which helps young people to divert away from their offending into other activities and to address problems which have led to the offence. One objective is to avoid a finding of guilt, in the interests of lessening the risk of reoffending and being effectively engaged in society

3.       Education is “the most effective way to reduce the risk factors.” Navigator is a Victorian Government initiative which operates across the state. It works to re-engage young people in education and employment pathways by providing individual learning support, restorative approaches as well as therapeutic and practical support.

Finally, Ms Edwards called on governments to respond, not to political and media pressure to be tough on crime, lock up more people for longer and build more prisons, but to develop “new youth justice strategies based on evidence of what works”.