Johnny Cheung-Fook is a caseworker with our Navigator program. He talks to SEZ WILKS about being a bridge between schools and families, and how his own school experiences help him understand the barriers young learners face. 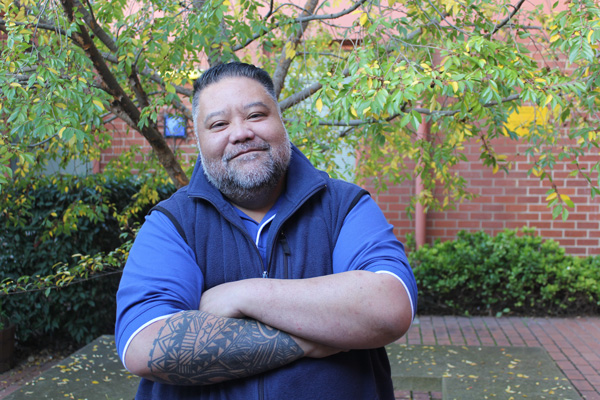 I became involved with Navigator through a really good friend who I worked with at Hume City Council. He’d worked at Jesuit Social Services before and said there was a pilot program happening there that was about working one-to-one with young people. Genevieve (Navigator Coordinator) chatted to me about the program and I got really excited!

The program is for young people aged 12-17 who have disengaged from school. There’s eight providers of the Navigator program and we cover Hume and Moreland. We get referrals from the Department of Education, and we’ve got a case load each of around 12 young people. Coming to understand how difficult each young person’s situation is, it’s definitely a good ratio.

There’s a huge need out there for Navigator. There’s really no [other] support. There was a program called Youth Connections that was doing similar work, but then that got defunded, and for a while there they just had nothing. And it got worse, big-time.

I was never really a good school student. Coming from a Pacific Island background myself – I’m a New Zealand-born Samoan – it was always tough when English wasn’t your first language. You go to school and it’s hard to learn. You know what, this cycle, we think we’ve gone through it? But it repeats itself. The funny thing is, some of the young people we work with think, ‘We’ve got it over these guys’, but we’ve been there. We know!

The thing I really love about this role is that you’re kind of on the outside. The young person really does gravitate to you because they feel you’re that person they can talk to. This role is really important is because you have that relationship, with so much power attached. It’s a relationship that, if you work it really well, the benefits will really come for the young person.

I’ve been dancing this dance for so long, and I’m still passionate about this work. It’s a rewarding role, but it has its challenges. And it does take its toll. When you’re going through stuff yourself, and it’s close to some of what’s going on, it’s hard.

I really didn’t expect the families latching on. When they finally see that you really are there for their kids, and that you really do mean what you say, they’ll grab onto you. You make that relationship. These are families that have been grinded by what’s going on, grinded by life.

Some families I’ve worked with have had five or six services working with them all at once. When the family first meets you, they say, ‘What are you gonna do for us?’ They compare. They’re worn out, tired. They look at you, but you know they’re thinking, ‘I’ve heard it before’. You’ve just got to reiterate it, make that relationship, get through that. Actions speak louder than words.

They’re great parents and I have a ball with them. When I go see them we have a laugh, but we get the work done. Then, when I have to say, ‘Guys, technically our time is nearly coming up’ – my goodness. I always knew it was gonna be tough, but tears!

You know, ‘My son has done so well because you’ve been involved. And he’s gone to see psychiatrists and nothing’s changed, but you guys [Navigator] have come in…’ But it’s like, ‘It wasn’t really us. We were the tool, we were the vehicle, but all credit goes back to your son’.

The Feast of St Ignatius