This week, the Federal Government handed down its Mid-Year Economic and Fiscal Outlook (MYEFO), an update on this year’s Federal Budget. 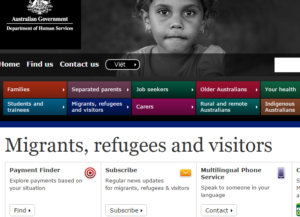 Arguably, the most controversial element of this year’s Budget was a proposal to drug test welfare recipients, despite evidence from several US states that welfare recipients generally test positive at lower rates than the drug use of the general population.

Fortunately, the Federal Government was forced to abandon these plans – which were strongly opposed by the social services sector – earlier this month due to a lack of support in the Senate.

In contrast, yesterday’s MYEFO contains a range of proposed savings that are short-sighted, punitive and target those on the margins of society.

Education has been one of the hardest hit areas, with plans to make graduates start repaying HECS debts when they begin earning $45,000 (the current threshold for repayments is $54,000) and a two-year freeze on funding to universities.

Universities Australia responded to the proposal, saying that such a move would make it more challenging for prospective students to obtain places in university courses and make it harder for universities to offer additional places.

Our education and employment programs assisted more than 3,500 people in the last financial year. This includes the work done by our Jesuit Community College, a registered training organization, and the Navigator program we operate in two regions of metropolitan Melbourne to support disengaged learners aged 12-17 with re-engaging with education pathways.

The African-Australian Inclusion Program, which we operate with NAB, has supported more than 300 skilled African Australians into work with one of Australia’s big four banks and this model was recently expanded to provide roles with the Australian Taxation Office in Melbourne and Brisbane.

Another proposed measure from the Government is to force newly-arrived migrants to wait three years, instead of the current two-year period, to access welfare support measures including family tax benefits and parental leave.

This will work against positive settlement outcomes and social cohesion by making it even harder for migrants to contribute to society.

The Australian Council of Social Service (ACOSS) told ABC that up to 50,000 families across Australia would be impacted by the change.

“When a recent migrant loses their job they’ll be unsupported, if a child becomes gravely ill and they have to take time off from their job to care for them they won’t be supported to do so,” ACOSS’ Edwina McDonald said.

Our vision is to build a just society – one where every member of the community has the chance to contribute.

This is not possible where policies seek to create second class citizens who are excluded from full participation in society.

We urge our Federal Government to focus on supporting, not punishing, vulnerable people.