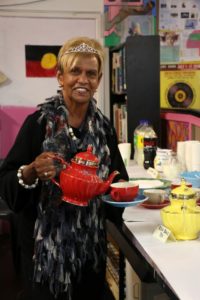 Small in stature but huge in presence, Aunt Pam personifies energy: she rises early each morning for a lengthy pre-dawn run, still surfs, and constantly supports and encourages young Indigenous people involved with many of the programs run by Jesuit Social Services.

To mark her departure, a large party was organised at the Artful Dodgers Studios and attended by Jesuit Social Services staff, Aboriginal youth, friends and family.

A throne was made for the occasion by Artful Dodgers Studios participants, who also presented Aunty Pam with a tiara and a sash. Young Indigenous musicians Brent Watkins and Lawrence Austin also performed at the event. 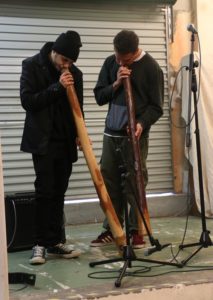 Aunty Pam made headlines all around the country earlier this year when she became the face of the annual Indigenous round of AFL football.

She attended a very moving service at the Carlton Football Club, where the Club’s officials apologised for the way in which the club treated her father, Pastor Sir Doug Nicholls, when he turned up to train. Back then, Club officials refused to rub down ‘a blackfella’. 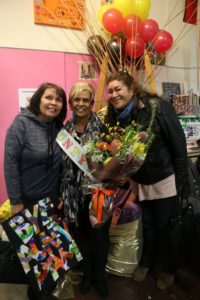 “Most importantly, we have seen an Elder at work. Regardless of her employment status, Aunty Pam will continue to work for her people and the broader community. This is the great example that Aunty Pam brings – couple this with her wisdom and goodwill, and you know that we are blessed to know her.’’

She said she hoped Aunty Pam would continue to be involved with the organisation in an advisory role.