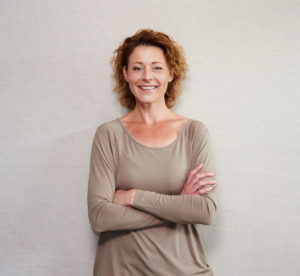 The Men’s Project at Jesuit Social Services developed the Unpacking the Man Box training package for schools and community groups in response to findings from several rounds of Man Box research conducted since 2017. The training explores the pressures on boys and men in Australia, while actively promoting healthy masculinities, respect and equality at school, home and the wider community. Last year the sessions were delivered to over 250 schools across Victoria.

Nina* participated in the Unpacking the Man Box training last year after beginning a new role as Wellbeing Leader at her school. The session’s focus on breaking down harmful gender stereotypes with her students strongly resonated with her because at the time she was experiencing the negative behaviour of a young boy in her care.

“One thing that struck me straight away in the session was the idea that ‘the behaviour you walk by is the behaviour you accept,’” says Nina. “I could see this type of behaviour but had not thought to see what is behind it and driving it as the root cause.”

Oliver* was highly academic, yet was suffering low self-esteem at school. He began manifesting his negative feelings through anger and frustration as he thought these were the appropriate emotions for a boy to express. He felt like he was always in trouble and therefore began to disengage from his schoolwork.

Oliver believed if he shared his thoughts and feelings he would be perceived as ‘weak’ and this gendered stereotype meant his behaviour became aggressive, with him using derogatory and disrespectful language towards his teachers and classmates. “He started to believe that he had to be strong and fight and that he couldn’t show any weakness.

But this masked who he really was: a sensitive, empathetic and caring individual,” says Nina.

The Unpacking the Man Box training gave Nina the insight that Oliver was showing signs of being in the ‘Man Box’ and that the traditionally punitive response to Oliver’s negative actions was harming him. She sought to change the approach to a positive one of modelling respect to promote healthy behaviours for Oliver.

Nina was able to create a safe environment for Oliver to talk about and explore a healthier version of his masculinity while also keeping him accountable for his actions. His self-esteem flourished and he now understood that it was okay to be his true self.

Nina recognises that as teachers “we are good at building relationships, but we don’t always have those difficult and uncomfortable conversations because we don’t want to break those bonds.” Since the training, the conversations she and the other teachers have with their students are intentional, relational and are keeping both them and the students accountable in a positive way.

*Not their real names