As we begin the 16 Days of Activism against Gender-Based Violence, MATT TYLER, our Executive Director of The Men’s Project, reflects on the vital importance of working to create and equip role models of healthy and positive masculinity, to lead in challenging deeply engrained attitudes and behaviours towards women. 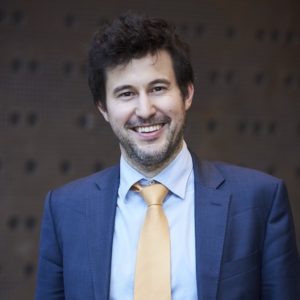 You’d hear him before you saw him – the early 30s, big money-spinning alpha male of the office. Full of confidence, he’d always have the final say.

It was my first year of university and my first experience in an office. He’d show us young fellas pictures of swimsuit calendars on his computer and make suggestive jokes about the female receptionist.

Even other women in the office would laugh along – on reflection, nervously. I felt uncomfortable but didn’t speak up. I should have been better. As a young man back then, I struggled to find the words or the way to call him out.

These behaviours – aggressive, hyper-sexualised and controlling – are the bedrock of violence against women. They occur in a myriad of ways in each of our communities every day.

Over the last few months alone we’ve seen too many instances of hostility directed at women – misogynistic chants from schoolboys, Pauline Hanson being named Chair of a family law inquiry after accusing mothers of making up domestic violence claims and high-profile leaders playing down violence against women.

This is not, however, an issue of a few incidents or individuals alone. It’s a deeply engrained societal issue and some concerning attitudes are widespread.

A research report by Australia’s National Research Organization for Women’s Safety, for instance, found that 43 per cent of young Australians aged 16-24 think it’s natural for a man to want to appear in control of his partner in front of his male friends.

These findings were mirrored by our Man Box research which found that a majority of young Australian men feel significant pressure to conform with what we define as rigid masculinities – such as using violence to get respect and acting strong at all times. Men who personally endorsed these views, those “inside the Man Box”, were more likely to perpetrate physical violence and sexually harass women.

These views are not good for men themselves either. Men inside the Man Box were more likely to be victims of violence, to report poorer mental health, to experience thoughts of suicide at higher rates and were at higher risk of being involved in road accidents.

All of this lines up with what our frontline workers tell us about working with boys and men who engage in risky and violent behaviours – young men are often reluctant to seek help when they are struggling, and many take the shame and self-loathing about their behaviour out on others.

As Queensland University of Technology Associate Professor Michael Flood wrote in our Man Box report, dominant ideals of masculinity do not materialise out of thin air.

They are produced and reproduced by people, institutions, policies and other social forces, and there are places in Australia where efforts to promote or defend traditional ideals of masculinity seem particularly energetic.

Not all men use violence of course, although making progress involves all of us.

The role of leaders is particularly critical. Our attitudes, and therefore actions, can be shaped by leaders and role models. Attitudes towards women and the use of violence are no exception. What role models do and say matters.

That is why we are supporting those who work with boys and men every day – like sports coaches, teachers, social workers and community leaders.

Through our Modelling Respect and Equality program, we are equipping these men and women with the jargon-free language and tools they need to engage effectively with boys and men. In doing so, we are seeking to shift cultural attitudes related to stringent adherence to masculine norms at a grassroots level.

This work must be embedded into everyday life – not just one-off workshops or training sessions.

Addressing these broader issues without focusing on masculinities would be like trying to tackle obesity without targeting a reduction in sugar intake.

We cannot underestimate the challenge ahead of us to change deeply engrained attitudes and behaviours.

But when we look at the success of campaigns related to road safety and smoking, to name just two, we know that long-term change is possible.

As for me, I’ve come a long way since that experience in first year university. I’m far from perfect but I’m more aware of the impact of harmful masculine norms than I would be without positive role models in my own life. For these influences, I am thankful.

As part of The 16 Days of Activism against Gender-Based Violence, we’d encourage each of you to reflect on the role you can play in freeing men from the Man Box. Doing so will create a world where more of our boys and men engage in healthy relationships, free of violence and have the permission to choose who they want to be.