Young job-seekers skill up with the Industry Employment Initiative 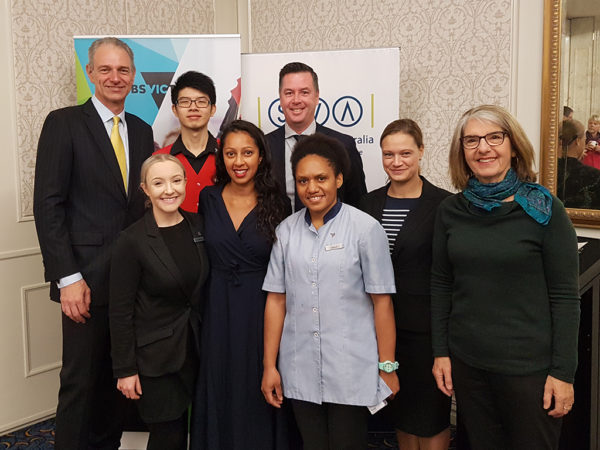 Since leaving school, Danielle had a number of small part-time jobs, but due to anxiety issues, found it difficult to settle.

Danielle lacked direction and did not have someone to support her in taking the next step to finding secure employment.

After connecting with Jesuit Community College, Danielle completed our pre-employment program including the work experience component where she gained valuable skills and confidence.

The IEI was established to create pathways to employment for young people through partnerships with national employers.

“With the support of both the Marriott and the College mentoring program, Danielle believes she has a future. She’s now taking full advantage of the opportunities she has been given,” says Jane Kenny, Coordinator of Community Partnerships at Jesuit Community College.

The Marriott Hotel was the venue of the recent launch of a new program, funded under the Jobs Victoria Employment Network (JVEN), which sees Jesuit Social Services once again in partnership with Social Ventures Australia. At the launch, Victorian Minister for Industry and Employment Wade Noonan announced that the JVEN initiative had reached a milestone of 1,000 job-seekers placed into employment across Victoria in the first eight months of the program.

Danielle was proud to be selected to be a host at the launch, greeting guests as they arrived.

“It’s a big achievement for Danielle. She’s employed and looking to the future,” says Jane.