This World Refugee Day, ANDY HAMILTON SJ invites us to reflect on how we respond to people who are fleeing persecution. 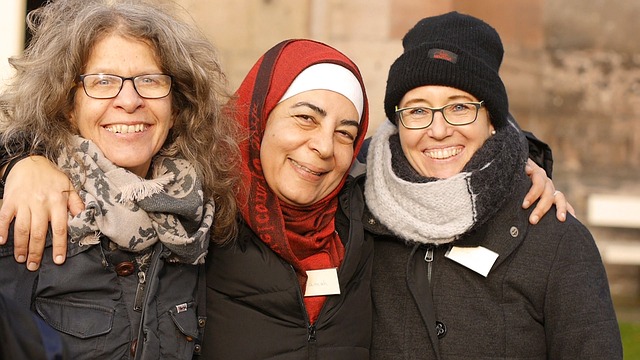 World Refugee Day is a chance to show public support for families forced to flee.

World Refugee Day (June 20) is a time to look outside our own world and to notice people whom persecution and war force to leave their nations. It invites us to consider our own good fortune as we see the misery of people who wander at the mercy of others as they struggle for survival. It appeals to our generosity.

World Refugee Day also invites us to reflect on ourselves and at how we respond to people who are so desperate. And it encourages us to ask how the way Australia has treated refugees has affected our society.

In any nation there is a well of decency and respect that sustains our healthy relationships with one another. It needs to be kept pure and replenished. Like all reservoirs it needs a protective forest zone around it to prevent it from being polluted and so affecting the people who draw from it. If the protective zone is damaged the health of society is compromised.

In our society refugees form the outermost zone that protects the well of decency. The United Nations Refugee Convention (1951) and its subsequent development spell out what respect for refugees entails.

Over many years the refugee zone has been polluted and its waterways turned toxic, first by introduction of mandatory detention that treated people seeking protection as criminals, and subsequently by vilifying them as economic migrants, queue jumpers, health and security risks, Muslims and national enemies.

As they were described in increasingly disrespectful terms, so were they treated with greater disrespect. Manus Island is now its emblem. Australia dispatched people there, denied responsibility for their treatment while conspiring to make it increasingly brutal, and finally dumping them, abused and broken, on Papua New Guinea. The refugee zone has become a toxic pond against whose stench of human misery we are required to hold our noses and close our eyes.

But poisons infiltrate. The brutality with which we have treated people who seek our protection has contaminated the well of respect. It now affects harsher immigration laws, hostility to Muslim immigrants, the routine humiliation of young unemployed people and the decay of civility. Disrespect has infected the trust between government and people.

World Refugee Day, with its appeal to share water from our national well of compassion, reminds us of the polluted state of our well, and commits us to purify and reforest its protective zone. That must begin with opening our eyes and our hearts, allowing ourselves to imagine people who claim our protection, what they suffered before fleeing, in their flight and after they came to us. We need then to see as our brothers and sisters the refugees throughout the world, take an interest in them and protest when they are brutally treated and misrepresented.

The Catholic Alliance for People Seeking Asylum (CAPSA), coordinated by Jesuit Social Services, is one of many groups committed to welcoming refugees and to keeping pure the well of respect. It enables Catholics to bring together their wisdom and their resources to advocate for people who seek protection and to care for them in the community.