Jesuit Social Services - World Environment Day: if we exploit the environment, we damage ourselves

World Environment Day: if we exploit the environment, we damage ourselves

On World Environment Day, ANDY HAMILTON SJ urges us to remember we are part of the environment. 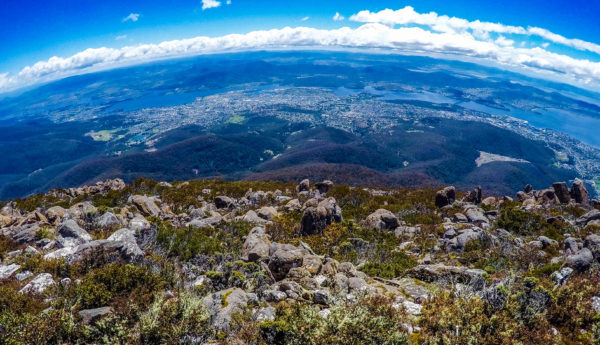 World Environment Day (5 June 2017) this year comes into fluky winds. The strident public debate about the reality of global warming and the threat it poses to the world has died down. Few knowledgeable people deny its reality, the risk it poses or the contribution of human actions to it. But powerful interest groups and politicians appeal to the need for economic growth in order to weaken any international commitment to targets for reducing carbon emissions. They do not cause outrage because people are fatalistic about the environment, confining their attention to their immediate interests and feeling helpless to affect the future.

Pope Francis’ assertion builds on the Catholic understanding that we are not individuals who sink and swim, rise and fall by ourselves, but that we live and die through the quality of our relationships. We depend on one another to be born and educated, for the technology we use and for the institutions that keep us healthy, safe and enable us to prosper.

We also depend on the world around us for air, water, warming and cooling, for food, clothing, beauty and music. If we are to flourish enduringly we need to shape a world in which everyone and every thing flourish.

Our welfare depends on respectful relationships with other people and the natural world, and especially the most vulnerable. If competition and exploitation dominate, individuals and groups will become wealthy and powerful at the expense of others and of the natural world. But eventually the damage caused to relationships between people and the world and by gross inequality will fracture the trust on which economic growth depends. They will leave to their children a divided society and a damaged world.

World environment day reminds us that we cannot rescue the world from the consequences of global warming simply by better technology and clever solutions. Care for the environment demands a vision of one another and of the world as inextricably linked so that we take personally the exploitation of the environment and of vulnerable people. This vision calls for a conversion from competition to cooperation, from exploitation to respect, from disregard to attentiveness, and from greed to thankfulness.

This view is part of the tradition that we inherit at Jesuit Social Services, and informs our commitment to vulnerable young people who are so often targeted by politicians and budgets. We work with them to help them connect to society and to the world around them with respect. This demands the same respect from ourselves.