Jesuit Social Services - With female incarceration rates on the rise, it's time we work towards a justice system that better supports vulnerable women

With female incarceration rates on the rise, it’s time we work towards a justice system that better supports vulnerable women

International Women’s Day is a platform to take action for equality. With Victoria’s female incarceration rate having increased by 138 per cent over the past decade, it’s time we work towards creating a justice system that better supports vulnerable women in the community and in prison, writes KATHRYN KERNOHAN.

International Women’s Day is an annual opportunity to celebrate the many and varied achievements of women around the globe.

It is also a platform to take action for equality – and when it comes to the vulnerability of women in the criminal justice system, action must be swift and effective. 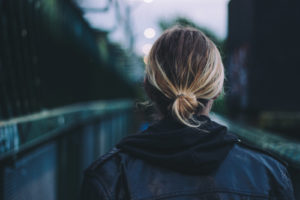 The female incarceration rate in Victoria has increased by a staggering 138 per cent over the past decade, with 588 women currently in prison, according to the most recent data published by Corrections Victoria.

More than 40 per cent of women in prison are on remand, meaning they are yet to be convicted of a crime, and they have fewer opportunities to access programs and services designed to support rehabilitation.

This is despite around 60 per cent of women in prison having used drugs daily before incarceration and around a quarter (24.4 per cent) of women in the system there for drug-related offences.

This all paints a stark picture – women in the prison system are among the most vulnerable, marginalised members of our community.

We know that all people who exit prison require the right type of support to get their lives back on track and prevent them from re-offending. This support may range from access to mental health or drug and alcohol services to secure housing and education, training and employment pathways.

Sadly, the support provided to people leaving prison is often inadequate, as documented in a 2015 report by the Victorian Ombudsman. In the report, the Victorian Ombudsman found that only 700 of the approximately 6,600 people who leave prison each year are provided with transitional support and that this is limited in nature – generally between three and 22 hours of support.

In Victoria, a small number of men preparing to leave the prison system can access the 25-bed Judy Lazarus Transitional Centre.

This staged release model helps prepare people to return to the community by supporting them to access education, employment, counselling services and improving family connection.

The program is tailored to each person’s skills, needs and goals. Evaluations have shown that the model helps to reduce recidivism.

Unfortunately, there is no equivalent service available to women, so in our soon-to-be-published submission to the 2019-20 Victorian State Budget, we recommend that the Victorian Government invest in creating a comparable transitional support facility for women.

We also recognise that there are a number of women in the Victorian prison system who have a diagnosed intellectual disability or cognitive impairment. These women require specialist support which is currently limited in availability.

This issue was explored in the Victorian Ombudsman’s recent Investigation into the imprisonment of a women found unfit to stand trial. This report contained the harrowing story of Rebecca (not her real name), a woman who spent over 18 months in prison and locked in her cell for up to 23 hours a day.

Rebecca was found unfit to stand trial and not guilty due to mental impairment – but she remained in prison because there was nowhere in the community for her to go.

To prevent other vulnerable women from finding themselves in similar situations, we recommend the Victorian Government fund specialised supports for women in prison with intellectual disability or cognitive impairments.

This International Women’s Day, it’s time we all work towards creating a justice system that better supports vulnerable women, both in the community and in prison.