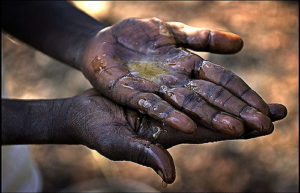 Two months ago, the Northern Territory’s youth justice system was placed in the national spotlight with ABC TV’s Four Corners’ revelations of abuse and brutalization carried out towards vulnerable young people.

The program led to the establishment of the Royal Commission into the Child Protection and Youth Detention Systems of the Northern Territory, and posed the questions of why our nation was failing these young people and what could be done to improve outcomes for them.

Tonight’s Four Corners program about the success of justice reinvestment initiatives in the NSW town of Bourke is evidence that there is a better way to do things.

This is a community overburdened with high levels of domestic violence, prison admissions, juvenile convictions, unemployment and young people not engaged with work or study.

Communities such as Bourke, which experience entrenched disadvantage, require coordinated and sustained responses. Four Corners outlined that investments into early childhood had led to higher rates of school attendance down the track, and that providing free driving lessons to young people correlated to a decade-low number of people jailed for driving offences in Bourke.

This ability to work across boundaries is crucial in dealing with communities experiencing a web-like structure of disadvantage. It is impossible to expect to reduce offending behaviour without addressing the underlying factors such as substance abuse, mental illness, homelessness or insecure housing and long-term unemployment.

It is also vital that we support the individuals, community groups and organisations driving justice reinvestment in Bourke to ensure that it continues to thrive and allow community members to flourish.

Justice reinvestment in Bourke is a topic close to our hearts. At the invitation of the Maranguka Aboriginal Group in Bourke, we help community members develop relationships in support of the program.

We have seen first-hand how effective these initiatives are, and believe the Bourke model is one that could easily be emulated in other communities.

Positive, not punitive, approaches are the way to create safer communities.