Upholding the rights of children and young people in youth justice

Policy team volunteer JEMIMA HOFFMAN writes about the denial of rights of children and young people in the youth justice system, drawing on the work of experts who participated in our recent National Justice Symposium. 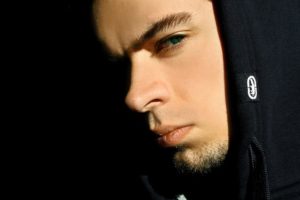 Abuse is not foreign to youth justice in Australia. But can our failures be rectified with reforms, or are they endemic and inherent in our youth justice systems?

Schiraldi believes that the abuse rife in youth detention is a systemic part of youth prisons, rather than an idiosyncratic anomaly amongst specific institutions. It follows, he suggests, that these large institutions should be phased out in favour of more effective responses.

In the Australian context, we’ve recently been confronted with reports of the abuse and denial of rights of children and young people in youth justice centres across the country.

The Four Corners exposé on the Don Dale youth facility in the Northern Territory sparked a Royal Commission into the abuse and horrific conditions to which children and young people were subjected.

In his address at the National Justice Symposium, Hugh de Kretser, Executive Director of the Human Rights Law Centre, detailed the experience of young people at Barwon; the volatility, the tension, the denial of proper education, the overuse of solitary confinement, constant handcuffing, and evidence of assaults by adult prison guards. Wayne Muir, CEO of the Victorian Aboriginal Legal Service, highlighted the mass-incarceration of Aboriginal and Torres Strait Islander young people nationally, and the disconnection from culture and community that detention engenders.

When abuse is systemic, even staff become institutionalised

In his position as Director of Juvenile Corrections in Washington DC, Schiraldi was a mover and shaker, championing community-based corrections and drastic physical and cultural reform of the youth ‘prisons’ he oversaw. But in Schiraldi’s expert opinion, abuse is not unique, but systemic in youth prisons. It is part and parcel of large justice facilities. In the US, studies found that close to one in four young people in detention experienced sexual or physical abuse. Schiraldi attributes this to the nature of prison environments which he claims institutionalise everyone within them, not only their inmates. As even prison staff themselves become institutionalised, inhumane treatment is legitimised and normalised. As an example of the power of the change, Schiraldi pointed to the conservative state of Texas, which in response to reports of systemic and institutional abuse, successfully shut down many of its youth justice facilities in favour of therapeutic justice responses.

As we find ourselves at a crossroads in Australian youth justice policy, what should be our response to curb systemic abuse in youth detention centres? If the abuse of children and young people is endemic to large punitive institutions, what alternatives should be explored?

Young people, Schiraldi aptly put it, need pro-social behaviour modelling and positive adult interactions. They need educational opportunities and therapeutic responses. Detention should represent a last resort, and when it is a necessary response, should be geared toward the rehabilitation of young people. Youth detention centres should be humane environments, and young people should be housed in facilities that are close to their families to allow for visitation from their loved ones. These conditions support the eventual reintegration of young people, ensuring safer communities in the long-term.

This sort of evidence-based approach has long been advocated for by Jesuit Social Services and others in the community sector.  Judge Amanda Chambers highlights that these principles already underpin the youth justice system in Victoria, where youth sentencing guidelines emphasise rehabilitation, education, and strengthening connections to home and culture over punishment and deterrence. Unfortunately the Victorian Government’s proposed ‘supermax’ youth justice facility near Werribee, with more than 200 beds for children as young as ten, seems to contradict Schiraldi’s analysis and the recommendations of the other panellists at the National Justice Symposium.

This framework has achieved demonstrable success in the US, and it would seem that the foundations for this are already laid within some Australian youth justice contexts. Instead of falling back onto inherently harmful mass youth detention as our ‘cure-all’ for offending, we should embrace this framework as a real and effective alternative for youth justice.