The Men’s Project prepares to launch The Man Box

The attitudes and behaviours of young men towards gender stereotypes, mental health and wellbeing, violence and relationships will be explored in an Australian-first research project launched by Jesuit Social Services’ The Men’s Project in October. 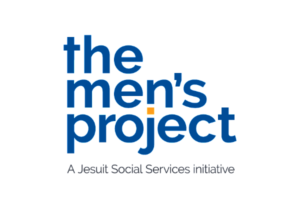 The Man Box research is focused on the attitudes towards manhood and behaviours of young Australian men aged 18 to 30. We have surveyed 1,000 young men as part of the project. The findings of the Man Box will shed a new light on the social pressures that young Australian men experience to be a ‘real man’ and the impact that this can have on their wellbeing, behaviours and the safety of our wider community.

Understanding the state of young men provides a basis for us to identify positives and problems, as well as areas where action is required to better support the next generation.

This research is modelled on The Man Box study which was released in the US, UK and Mexico in 2017 by Promundo.

We will mark the release of The Man Box study in Melbourne with a public conversation on The Attitudes and Experiences of Young Men in Australia Today.

The event will be held on Wednesday, October 17 at Village Roadshow Theatrette, State Library of Victoria, from 4pm.