Jesuit Social Services - The expression of grief after suicide

The expression of grief after suicide

After his daughter Cassie suicided in 2012, aged 16, Greg felt like life would never be predictable again. 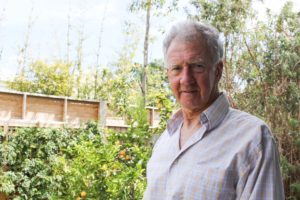 Greg has found creative writing to be helpful following the death of his daughter.

Greg took part in several counselling sessions and, a year later, heard about a creative writing group that professional artist and playwright Rebecca Lister was facilitating with Support After Suicide participants. As a songwriter himself, he was interested in exploring creative outlets to express his grief.

“It was quite an intensive process, meeting weekly for about nine months and learning about writing plays, prose and songs,” he says.

“Everybody who took part agreed that it was very valuable to use writing to capture their emotions. I had gone from personal devastation to trying to produce things for the public domain that would help others.”

Creative pieces that emerged from the workshops were later published in a book titled The Cost of Silence.

In the months after Cassie died, Greg found solace in meeting with others who had also lost a loved one to suicide.

“You realise that you’re one of about 3,000 families across Australia that experience the same emotion each year”.

He now gives back to the community by volunteering with Support After Suicide in a variety of ways, including through the early bereavement program and more recently helping to run meditation and mindfulness sessions.

Last year, Greg again collaborated with Rebecca Lister when she interviewed him, along with other program participants as part of the creative process for contemporary drama 2:20AM.

The play premiered in Melbourne in September and was warmly received.

“Support After Suicide is such a marvellous program which has offered so much to me since Cassie passed.

“It’s so important to give people all sorts of opportunities to connect with each other – to talk, listen or write things through.”