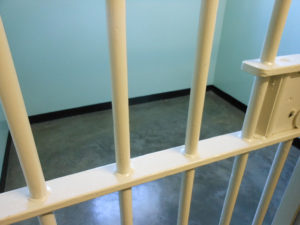 For nearly 40 years, Jesuit Social Services has been working with young people, particularly those who are disadvantaged and disengaged. We know from research and experience that young people in detention are especially vulnerable and have complex support needs. As identified by the Youth Parole Board, 62 per cent of children and young people in Victoria on remand and in sentenced supervision were victims of abuse, trauma or neglect, and 60 per cent had a history of both alcohol and drug misuse.

With this in mind, we were pleased to hear the National Children’s Commissioner was leading a review into the Optional Protocol to the Convention against Torture (OPCAT) within the context of youth justice in Victoria.

Jesuit Social Services, as part of a working group with Youthlaw and the Human Rights Law Centre, was involved in the Law Institute of Victoria‘s submission to this review. Given our expertise in working with children and young people, particularly those who intersect with the justice system, we welcomed this opportunity to represent the experiences of young people and advocate for their wellbeing.

Australia signed the Optional Protocol to the Convention against Torture (OCPAT) on 19 May 2009, however has not yet ratified this agreement. Ratification of OPCAT would operationalise the United Nations Convention against Torture and other forms of Cruel, Inhuman or Degrading Treatment or Punishment (UNCAT). Whilst Australia already prohibits all forms of torture, ratification of OPCAT presents a valuable opportunity to strengthen the oversight measures already in place, and recognise Australia’s commitment to these protections. These protections under OPCAT and UNCAT would be applied more broadly, in particular to the independent monitoring of the treatment of children and young people in detention in Australia.

Jesuit Social Services supports the ratification of this agreement, as it presents a clear opportunity to drive more holistic and therapeutic practices within youth justice. It would also provide young people within these environments, many who are often disadvantaged in multiple and complex ways, a voice.

There are a range of contexts in which young people and children are detained or held. This includes children and young people placed within Youth Justice Centres and adult prisons, but also other areas in which young people may be restricted, such as residential care services, schools, psychiatric facilities, police cells, and immigration detention. If Australia does ratify OPCAT, it must establish National Preventative Mechanisms (NPM). A NPM must be independent, and have the powers to regularly examine the treatment and conditions of detainees, freely gain access to all places of detention, detainees, and information on their treatment. The submission concluded that current oversight mechanisms in Victoria were inadequate, and do not hit the benchmark of a NPM.

The ratification of OPCAT provides a valuable opportunity to improve oversight mechanisms, and provide support for young people within these facilities. One area which could be better monitored is young people in adult prisons, who are a particularly vulnerable group. Eighteen to 25 year olds in the adult system are either placed in older adult units, where they are vulnerable to assault, or in a form of solitary confinement known as ‘management’ for their own protection. In solitary confinement, it has been reported some are in lockdown for up to 23 hours a day, and unable to access youth-specific support services. Solitary confinement can have a lasting detrimental impact on the mental health of the young person, with young people being particularly vulnerable due to their developmental age. The ratification of OPCAT would mean these types of practices would be subject to investigation by an independent monitoring body, which would strengthen accountability, and improve outcomes for detainees.

Due to the lack of transparency, and the current complicated processes in place, many young people within these facilities may be unaware of how to make a complaint, or what happens next. These young people may be frightened, and unable to articulate their concerns, or are unaware of their right to do so. The ratification of OPCAT would have broad benefits for young people who are detained or held in restrictive environments, as it would ensure that legislative protections for children and young people detained are upheld. Under UNCAT, the treatment of these young people, and the conditions within these places, would be regularly independently monitored.