Standing apart: the gap between Aboriginal and non-Aboriginal Youth

Policy team volunteer DARCY TILBROOK urges equal opportunities for Aboriginal Australians in this blog for Sorry Day (26 May). The blog was adapted from a speech he gave at the 2016-17 Rotary Australia Four Way Test Speaking Competition. 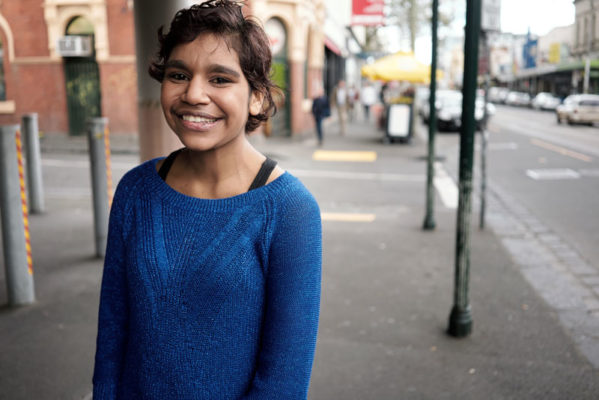 Imagine a school boy standing in front of you. Let’s call him James. A white, 16-year-old school boy.

You don’t know anything about James, other than his name and what you see standing in front of you. What do you see? What’s your first impression of him?

In an idealistic society, James should just be a blank slate, with no preconceived ideas until you know more about him. But in our society, James immediately inherits privileges as a white Australian male.

Statistically, he is the most likely to succeed above any other cultural background  in modern Australian society without doing a single hour of work to deserve it.

From what I’ve described he could be James – or at least just like him. But he’s not, because this 16-year-old male is 14 times more likely to end up homeless in ten years than James is. Why? Because he is Aboriginal.

This is the ‘gap’ in Australian society that many of us choose to step over: the gap between Aboriginal and non-Aboriginal youth. This is a gap that is truly unfair and unjustified to all Indigenous Australians. It continues to drive a wedge between two populations, and a solution is imperative for the benefit of not just Aboriginal youth, but for all Australians.

In 2008, Kevin Rudd made a speech on a new campaign called Closing the Gap, which aimed to minimise the social and educational discrepancy between Aboriginal and non-Aboriginal people in Australian society. While this sounds well and good, the yearly 2016 Closing the Gap report has shown the campaign to have made only a mere dent in the problem our government tried to tackle eight years ago. Although Malcolm Turnbull described the report as having “mixed levels of success, the truth is that Aboriginal youth are still a marginalised group in Australian society.

When James goes home from school today he has a good chance of going home to a warm house, a nice dinner and a bed to sleep in. Tomorrow night when his Aboriginal peer goes home he’s 28 times more likely to end up in hospital due to a family-related assault. For his little sister, it’s worse: she’s 34 times more likely. However, this is assuming he goes to school, because by 16 he is 40 per cent more likely to drop out than James. If he is in the 50 per cent of Aboriginal youths who actually finish year 12, he again has a 50 per cent lesser chance of finding a job due to discrimination.

However this is assuming that James’s Aboriginal friend gets this far. At 16 years old, he is twice as likely to commit suicide, and 25 times more likely to be in juvenile detention. Suddenly it seems a lot less likely that both boys would be standing in front of you right now.

Aboriginal youth have a restricted vision of their future potential through discrimination and lack of present role models in everyday media. In one South Australian young offender program, youth were required to answer a series of questions, one being “where do you see yourself in 10 years?” Eighty per cent of non-Indigenous youths described a middle class lifestyle, car, house, family – what is thought to be a positive answer. However, 75 per cent of Indigenous Australians described themselves as potentially being dead, drunk or locked up.

Unfortunately, this is the harsh, unfair truth of the situation. The government is making improvements in health, education and child care with programs such as the “Australian Aboriginal youth wellness program”. However, in Malcolm Turnbull’s words, “some progress has been made, but there is still a long way to go”. This is because it is not an issue the government can tackle alone, it is an issue for the whole of Australia to take on, for the benefit of all concerned. Awareness of the issue is the first step; acceptance and support for this marginalised group of our community is the second; and getting behind organisations such as Jesuit Social Services and their Aboriginal and Torres Strait Islander programs is the third and most practical step we can take.

The Barreng Moorop program delivered by Jesuit Social Services in partnership with the Victorian Aboriginal Legal Service and the Victorian Aboriginal Child Care Agency is a perfect example. Barreng Moorop works with 10-14 year old children, their siblings and their families residing in the North and West metropolitan regions of Melbourne who intersect the criminal justice system. It provides culturally responsive trauma-informed services to divert young Aboriginal people away from the criminal justice system.

Every day Australians must get involved, become aware and take action. We have to realise as a nation that the gap between Aboriginal and non-Aboriginal youth is not just an Aboriginal issue, but an Australian issue. It’s only fair that we all agree to make a change.