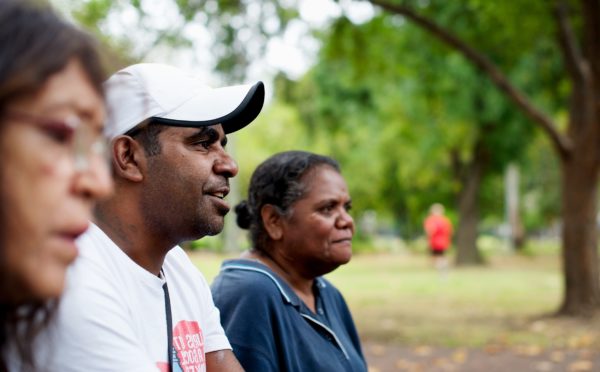 Sorry Day (26 May) is worth remembering in our present anxious times. In 2008, the Apology made by the then Prime Minister Kevin Rudd acknowledging wrongs done, was supported by both sides of Parliament, was accepted by members of the Stolen Generation and prompted hopes of further reconciliation. It was a gesture of generosity and hope.

Each year we are invited to ask whether its promise has been built upon. The answer would be reassuring if prejudice and discrimination against Indigenous Australians had diminished, if they had a larger voice in dealing with matters that pertain to their welfare, if the standards of their health, education and exposure to the justice system were drawing nearer to the Australian community at large, and if the effects of their invasion and the responsibilities following from it were recognised by the non-Indigenous community.

By those standards the Apology now looks like a foothill of a mighty mountain range. Although the annual reports point to some areas in which progress has been made, it is patchy and small. Most notable is the rate of Indigenous incarceration: the surest test whether respect is paid to cultural difference and whether the commitment to reconciliation was serious. According to the Productivity Commission’s 2016 Overcoming Indigenous Disadvantage report, the Indigenous adult imprisonment rate has been rising steadily, increasing by 77 per cent in the 15 years to 2015.

A more fundamental test of reconciliation is whether Indigenous people participate in the decisions that affect their welfare. Jesuit Social Services’ work with Aboriginal communities in the Northern Territory offers an example of how participation by Aboriginal people can be improved. We only work with communities that invite us to work with them. When invited, we follow sustainable community development principles to make sure services and activities that are community-led. Our work is based on relationships of trust. In local family and community meetings, we listen, in order to support communities to identify local priorities and develop plans to address them.

Overall, though, it is hard to see much improvement in this respect. Many political decisions are taken by people at a distance with little feeling for Indigenous communities. The Intervention, cuts to welfare in response to school absenteeism of children, and moneyless cards have all been proposed and imposed with little consultation. They have weakened the spirit and the responsibility of people seeking change from within the communities. Reconciliation must be built on respect.

The drift in the commitment to reconciliation is reflected in the process of Constitutional recognition of Indigenous Australians. It began with some support in Parliament for a minimal proposal that might win political and popular acceptance. Many Indigenous leaders, however, saw this as excluding their people from recognition, and have moved to support a treaty. Their proposal, which would seem to have less chance of support in a Referendum, reflects the demand that they be consulted as equal partners in policies that affect them.

The heart of the Christian tradition that Jesuit Social Services inherits lies in reconciliation – the healing of past wrongs and a shared commitment to addressing their consequences. The need and desire for effective reconciliation brings together people from different religious faiths and none. We work with many disadvantaged young Indigenous Australians within and outside the justice system and with Indigenous families. They cry out for recognition of their culture and their needs and for respect.