Jesuit Social Services - Royal Commission into Deaths in Custody: up to us to improve outcomes for future generations

Royal Commission into Deaths in Custody: up to us to improve outcomes for future generations 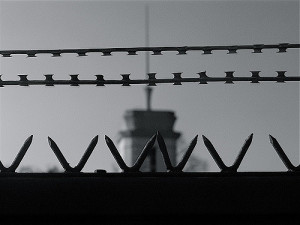 Today marks 25 years since the landmark Royal Commission into Deaths in Custody handed down its final report. The report made 339 recommendations on how the Federal Government could work to reduce the over-representation of Aboriginal people in our criminal justice system.

Twenty five years later it is an indictment on our nation that we are continuing to have the same conversations. Aboriginal people remain significantly over-represented in our prisons, in part due to punitive law-and-order approaches like the reforms to bail and parole, mandatory sentencing and the introduction of paperless arrests in the Northern Territory.

Tragically, the issue of deaths in custody continues to blight us. In 2014, a 22-year old Aboriginal woman known as Ms Dhu died in custody in Western Australia after being detained for unpaid fines. At the Coronial Inquest in late 2015 it was made know that Ms Dhu was a victim of family violence and had been begging for medical attention before dying of septicaemia and pneumonia.

She was the 340th Aboriginal death in custody since the Royal Commission handed down its recommendations.

One of the many recommendations in the Royal Commission’s report was in relation to young Aboriginal people:

In Western Australia, Aboriginal children are 53 times more likely to be jailed than their non-Aboriginal peers.

They are statistics as striking as they are shocking, and clear evidence that previous interventions to prevent Aboriginal children from having contact with the justice system from a young age are not working.

We have previously advocated for investments into specialist Children’s Courts, such as the Koori Children’s Court, in all jurisdictions. This would allow a culturally-specific response to be formulated for young Aboriginal people, with the aim of helping them to strengthen connections to community, family and kin and steer their lives in positive and productive directions.

Jesuit Social Services believes prison should be used as a last resort, and diversion has a crucial role to play in supporting children to understand the consequences of their behaviour while addressing driving factors behind their offending.

It is a national disgrace that so little has changed in terms of Aboriginal incarceration rates in the past 25 years. It is up to us, as a nation, to improve these numbers and outcomes for future generations.