Raise the age of criminal responsibility

Jesuit Social Services has joined more than 50 Victorian organisations in signing an open letter to Victorian Premier Daniel Andrews, calling on the Government to raise the minimum age of criminal responsibility from 10 to 14 years of age. 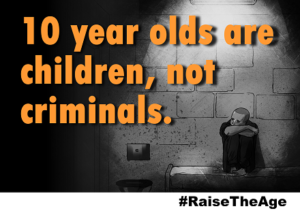 The letter outlines evidence that shows most children under the age of 14 do not have the cognitive development to be held criminally responsible for their actions, and says that youth detention centres exacerbate re-offending rather than promote rehabilitation.

“The Sentencing Council of Victoria estimates that if a child is arrested before the age of 14 they become three times more likely to develop into chronic adult offenders,” reads the letter.

“We urge you to work toward a vision of a community that supports and heals its children through evidence-based interventions, instead of traumatising them and entrenching their chances of lifelong involvement in the justice system”.

“Raising the minimum age of criminal responsibility from 10 to 14 years of age is a critical step towards this vision”.