Power to the people

In this guest blog post, Loyola College student JULIA TRAN shares a powerful reflection on how her Christian Service placement with Jesuit Social Services changed her views about social, criminal and gender justice. 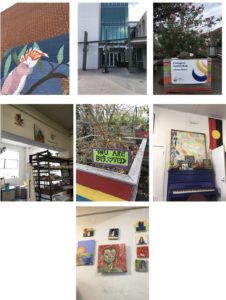 Photos by Julia Tran, showcasing highlights of her week with our staff.

Before spending a week at Jesuit Social Services, I had little to no compassion for those who had previously committed crimes. I had never thought of the bigger picture as to what would lead these people to do such things. Who would have thought that five days on, my views would have completely changed.

For five days, three other girls and I were surrounded by so many inspiring, hard working and patient people, where we got to learn so much. We were educated on various topics, however a recurring subject was the redemption of those who have done wrong in the past. We we given information about programs such as Navigator, Worth a Second Chance and Group Conferencing.

If there was one thing that I got out of my Christian Service placement, it was that Jesuit Social Services really gives people who aren’t typically welcomed back in the community for their wrong doings, a second chance to redeem themselves and own up to their mistakes, through programs such as group conferencing. They provide them with a platform to become better versions of themselves and improve their lifestyles to create safer and more positive communities.

I don’t think I’ve ever admired a group of people more than I have after spending a week at Jesuit Social Services. From their resilience and passion for helping others, the staff there do so much for us and the community and I don’t think they get enough recognition for that.

My highlights from the week were getting to learn about ‘The Men’s Project’ which focuses on supporting males to live their best lives free from standards which society makes them believe that they have to uphold and getting to visit the Ecological Justice Hub and Artful Dodgers Studios in Collingwood.

I could not recommend Jesuit Social Services more for anybody wanting to try out something new as it really helps you learn to always have empathy for others and to have an open mind.