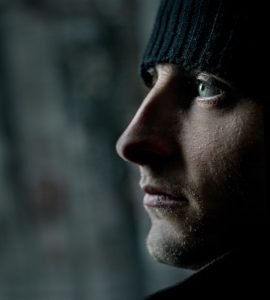 Allan thought about taking his own life following the suicide of Don, his partner of 22 years. Jesuit Social Services’ Support After Suicide program supported him through a period of deep grief and, thanks to that support, he has learnt strategies to cope with the enduring challenge.

“I cannot speak more highly of the support I received. I needed to talk about it over and over again.”

Allan is one among many who think about or actually take their own lives following the suicide of a relative or friend. This trend is confirmed by Australian and international  research including British research that reveals one in 10 people bereaved by the suicide of a loved one are at risk of following suit.

Given that 624 Victorians died as a result of suicide in 2016, a telling rise from 474 in 2007, the number of people who are bereaved and the number at risk of suicide has increased significantly. In addition, suicide rates are particularly high in rural and regional Victoria – 13.1 per 100,000 compared with 8.9 per 100,000 people in greater Melbourne.

As in many other circumstances, Aboriginal and Torres Strait Islander people are over represented in suicide statistics across the nation – 5.5 percent of all deaths are suicides compared to 1.7 per cent for non-Indigenous Australians. It is especially alarming that for both populations, suicide is the leading cause of death for children aged five to 17.

In other words, many parents, siblings, children and friends are grieving because of suicide.

It is clear then that the demand for the types of services Support After Suicide provides across Victoria – including counselling and group sessions, a men’s program and age-specific programs for school-aged children – is increasing and that they need to be provided in a timely manner. Support After Suicide also administers training for professionals who work with people bereaved by suicide, with services now delivered in the Macedon Ranges and Geelong.

However as we noted in our recent submission to the 2018/19 Victorian State Budget, while the service has been a great help to people like Allan, the increasing needs mean the service provision is being limited. The current lack of certainty regarding ongoing funding is problematic, with a risk that many Victorians may miss out on a timely service, including those referred by Victoria Police.

The sufficiency and security of funding are critical if we are to provide support where and when it is needed. In conjunction with services there is a need for research to develop a strong evidence base on the impact of suicide on others, and the effectiveness of bereavement support in reducing risk.

This could work towards the slight drop in suicide deaths in Victoria from 654 to 624 from 2015 to 2016 becoming a downward trend, thereby lessening the tragic consequences for so many people.

We look to the Victorian Government to provide the funding for services and research that will make this possible.