In 2017 the Federal Government courted controversy by proposing to drug test welfare recipients, despite evidence from several US states that punitive approaches do not work.

Fortunately these plans, strongly opposed by drug and alcohol experts and the community services sector, were reportedly abandoned by the Federal Government in December due to a lack of Senate support. 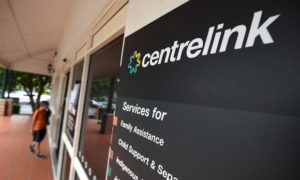 However, last week’s news that the Federal Government is close to securing support for other elements of its welfare overhaul from the Nick Xenophon Team has rightly been met with concern and trepidation by experts such as the Australian Council of Social Service (ACOSS).

The legislation proposes a demerit-point system where welfare recipients can lose points for missing interviews or appointments among other so-called infringements. Those who reach a certain threshold stand to have their income support cancelled for four weeks.

When this was flagged in the 2017-18 Federal Budget, News Corp media outlets predictably ran headlines about the Government cracking down on “lazy welfare bludgers” who are “taking taxpayers for a ride”.

Like the current media hysteria around African ‘youth gangs’ that sidestep statistics showing youth crime in Victoria is decreasing, these stories and the policies that feed them merely serve to stigmatise some of the most vulnerable members of our community.

People who receive income support are among the most marginalized, including people experiencing long-term unemployment, drug and alcohol problems, mental illness and people from newly arrived communities.

A small number of communities are overburdened by multiple and complex forms of disadvantage, as illustrated by the Dropping off the Edge research conducted by Jesuit Social Services and Catholic Social Services Australia most recently published in 2015.

What this means is that some disadvantaged people can lead chaotic lives, where tasks such as attending appointments can be challenging for a variety of reasons (such as but not limited to health problems, mental illness or inadequate transport).

The Share the Pie campaign launched by the Brotherhood of St Laurence in 2017 showed that a single person on a Newstart allowance lives $176 below the poverty line.

As the President of ACOSS Tony Reidy told Guardian Australia, cutting the payments of people on the margins of society for compliance reasons will “likely increase homelessness and financial hardship”.

Other proposed welfare reform measures include a removal of ‘intent to claim’ provisions which ACOSS says will impact groups including people fleeing family violence and people in hospital, and a shift for some unemployed people to start receiving income support from the date of their first interview with a job service provider instead of the date of their claim.

ACOSS estimates that tens of thousands of Australians will be left worse off if the bill is passed.

Jesuit Social Services stands with ACOSS to call on the Senate crossbench to oppose this bill, and focus on solutions to improve the lives of vulnerable Australians instead of punishment to make their lives harder.