No ‘one size fits all’ solutions to youth unemployment 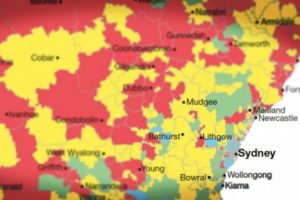 In an election focused on ‘jobs and growth’ both major parties have addressed youth unemployment. But the proposals of neither party will meet adequately the needs of the most severely disadvantaged young jobseekers. They ignore the human reality.

Youth unemployment is now at its highest peak since the late 1990s. The average number of young people unemployed across the country at any given time is 282,000, and over 15 per cent of people aged 15 to 24 are looking for full time work.

In its May Budget the Coalition introduced the Youth Jobs PaTH (Prepare, Trial, Hire) initiative. It aims to assist up to 120,000 young jobseekers (aged 25 and below) in skills training and will support them in voluntary internships of up to 12 weeks. Job seekers will receive a modest payment in addition to existing Centrelink benefits. Employers will receive incentives of up to $10,000 to employ eligible jobseekers after the internship.

Within days of its announcement welfare sector representatives criticised the program. and employment law experts also claimed that the proposed program would breach current minimum wage standards and might allow interns to sue for recovery of unpaid wages.

Opposition leader Bill Shorten has promised to introduce an apprenticeship quota in the party’s priority infrastructure projects. He says that this policy would create 2600 apprenticeship places in the short-term and tens of thousands over coming years.

He has also promised an initiative which will allow 20,000 young people to access six weeks of training followed by six weeks of work at award wages. The government would pay participants’ wages, a significantly higher sum than Youth Allowance or Newstart payments.

The initiatives promised by both parties recognise that hands-on opportunities that teach both the basic skills needed to maintain a job and also the ability to follow directions, work as part of a team and adhere to a routine are the best way to help young people move into work. They may serve well many young people.

But in one respect the schemes of both major parties are fatally flawed. Both offer ‘one size fits all’ approaches to addressing youth unemployment. This ignores the huge difference in experiences — and employability — between a young person who has completed high school and lives at home in a supportive environment, and a young person who is not fortunate enough to have either of those things and has experienced multiple and complex hardship during their lives.

For those at risk of homelessness, those experiencing mental illness or substance abuse problems, or those who have had contact with the criminal justice system, the initiatives of both parties simply won’t be effective.

Patrick (not his real name), a former participant of one of Jesuit Social Services’ programs, recalls that after being unemployed for approximately 18 months, he developed deep social anxiety that meant even picking up the phone to call a potential employer seemed overwhelming.

For young people like Patrick, part of the five per cent of the Australian population who experience multiple and complex disadvantage, the pathway to employment is challenging. It would involve having someone spend time with Patrick to help him be prepared (mentally and emotionally) for work, and then making available significant resources to support him on every step along the journey.

The importance of providing young people like Patrick with both education and employment pathways cannot be underestimated. Without the right investment and support they are more likely to cycle in and out of homelessness services, mental health services and prison systems. This small but significant group of young people needs individualised and holistic approaches in order to take the important first steps towards work.

Labor’s Youth Jobs Connect scheme, which will help 3000 young people under 24 who are disengaged from education and employment, begins to recognise the challenge. It will be piloted in 15 locations where youth unemployment is higher than the national average.

The local character of the program recognises the findings of the Dropping Off the Edge 2015 report: that a small number of communities is dealing with entrenched social disadvantage, where issues like family violence, criminal convictions, child maltreatment, low levels of literacy and numeracy and low family income are more prevalent than in other communities. Such locally targeted programs are also needed to deal with long-term unemployment.

Disadvantage is not limited to these communities, of course. Young people all over the country — in metropolitan, regional and rural areas — are at risk of slipping through the cracks of society unless more targeted investments assist them into work.

Initiatives taken by community organisations suggest a way forward. Jesuit Social Services, Social Ventures Australia, Brotherhood of St Laurence and Mission Australia for example, have a trial program that works with major employers like Coles to ascertain the needs of disadvantaged jobseekers, and then to train and place them. This training starts with the essential skills and attributes required to work — such as employer expectations, personal hygiene and understanding routines — through to hospitality, customer service skills and first aid. Thus, as any effective program must, it works with each individual to address their barriers to employment, and so results in genuine change.

Genuine change on a larger scale will only be possible when our next government understands that a ‘one size fits all’ approach will not work with our most disadvantaged young people and commits itself to targeted investments to help them reach their full potential.