New approaches are needed to work with repeat offenders

As the Crime Statistics Agency releases research showing that a small number of repeat offenders are responsible for more than 40 per cent of incidents recorded by Victoria Police, Jesuit Social Services’ Media Relations Manager KATHRYN KERNOHAN writes that new approaches to working with repeat offenders can help people break the cycle of crime.

Today, the Crime Statistics Agency released new research showing that a small number of repeat offenders were responsible for more than 40 per cent of incidents recorded by Victoria Police over the past decade. 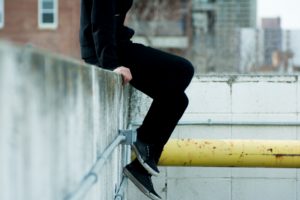 According to the report, just 6.3 per cent of offenders recorded during June 2007 to June 2017 were responsible for 43 per cent of total offender incidents recorded in Victoria during the same time period.

Evidence like this makes it clear that Victoria is not dealing with an out of control crime problem involving hundreds of offenders, despite community fears. Rather, there is a small number of people committing offences with frequency who require different interventions.

When you consider the fact Victoria’s recidivism rate – people returning to prison within two years of exiting the system – is currently more than 43 per cent we can acknowledge that our criminal justice system is failing to help people who commit offences to address the underlying issues behind their offending.

An effective criminal justice system is one that supports people to address the drivers of crime, diverts them away from prison wherever possible and when they do have contact with prison, ensures that resocialisation and preparing people to return to the community is the primary focus.

While the Crime Statistics Agency data published today focuses on both adults and young people, it shows that the issue is even more prominent among young people (under 25 at the time their first offender incident was recorded).

“While there were fewer offenders aged under 25, a greater proportion were chronic offenders compared with those aged 25 years and older,” says Crime Statistics Agency Chief Statistician Catherine Anderson.

So what can be done? In Jesuit Social Services’ recent submission to the 2018/19 Victorian State Budget, we identified a need to deliver more intensive case management for the small group of young people who are committing a high number of offences.

We believe that young people need to be supported to connect with family, recreational activities and the broader community, and crucially, given access to education, training and employment pathways.

One of the recommendations of our Budget submission was for the Victorian Government to invest in more case management with this small group of young people, including funding to provide wrap-around and tailored support after hours and on weekends.

We know a flexible, tailored approach like this that holds people accountable and addresses their offending behaviour can help young people break the cycle of crime and become contributing members of society – meaning less crime, fewer victims and safer communities.