‘Naming and shaming’ young offenders would only further marginalise 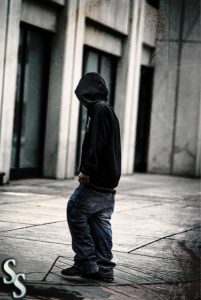 There has been growing attention given to issues of youth crime, with talk of ‘thugs’ and youth gangs widespread in the media. As a tough on crime response to these issues, the Victorian Opposition recently proposed the introduction of reforms which relate to the naming and shaming of young offenders. These proposed reforms would include the removal of the protection of anonymity for repeat young offenders aged under 18.

However, these reforms are unlikely to have a positive impact on community safety, and research shows they are actually more likely to have the opposite effect, and lead to further re-offending.

The average person could be led to believe we are in the midst of a youth crime wave. This is simply not true. According to the Crime Statistics Agency the number of crimes committed by young people has decreased from over 44,000 per year in 2009-10 to under 36,000 in 2014-15 – a 20 per cent reduction. The number of young offenders committing those crimes is also down and has been dropping consistently for the past five years.

There is however a small group of young people who are committing more crimes and that these crimes are serious and cause harm. It is this small group of serious offenders that demand our attention and we must respond with the most effective tools at our disposal.

The types of responses proposed in the mainstream media are not the most effective tool and do not adequately take into consideration the negative impact that naming and shaming would have on a young person’s prospects for rehabilitation and may ultimately increase their likelihood of re-offending.

A 2008 NSW Parliamentary report found that the naming and shaming of young offenders with the associated effects of stigmatisation can be counterproductive, and actually reinforces deviant behaviour. Young offenders who are labelled as ‘criminal’ typically accept this label, which leads to increased association with other offenders, negative self-identity and further re-offending. Further, the stigmatisation of being labelled a criminal can negatively impact on their ability to gain employment and accommodation, and lead to reduced educational opportunities.

Naming offenders would act to only further marginalise a group who are already marginalised.

We must hold young people accountable for their actions while working with them to address the often complex factors that led to their offending. Data from the Youth Parole Board has shown that of those youth offenders in Victoria in 2014, 62 per cent were victims of abuse, trauma or neglect, 23 per cent had a history of self-harm or suicidal ideation and 43 per cent had a previous Child Protection order.

We all want to live in safe communities. To achieve that we need to rely on evidence as the basis for persistent, respectful interventions with young people that can turn their lives around, rather than populist responses that will only entrench harmful behaviour.