Terence is a leaving care mentor with Jesuit Social Services. He tells SEZ WILKS why everyone needs someone to believe in them. 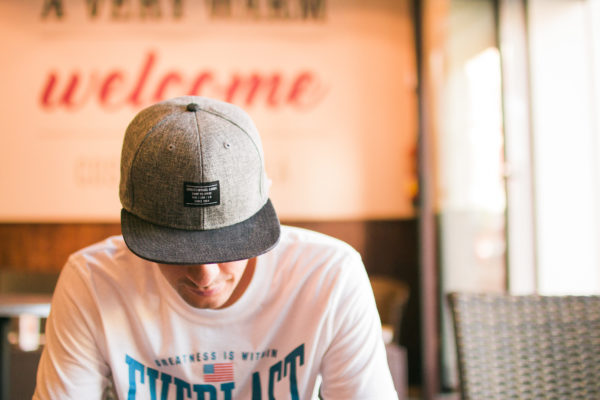 Terence Leong was 14 years old when he went into full-time care. Now a father, he says his experiences of foster and residential care inspired him to volunteer with young people.

“I always had someone who believed in me, and I always wanted to do something to give back.”

When Terence discovered the Leaving Care Mentoring Program at Jesuit Social Services, he felt it was a perfect fit.

“I looked around and thought this was a great opportunity, a great place to start. I did the training program and I haven’t looked back.”

Friendship and stability: how mentoring helps

According to the Victorian Department of Human Services, around 400 young people aged 16 to 18 leave care in Victoria each year. Care leavers can face numerous challenges, from limited financial and social supports to housing instability.

Having a positive adult role model around to advise, help and inspire young people during their transition from care is crucial. The Leaving Care Mentoring Program matches community volunteers with young people who are leaving Victoria’s child protection system in order to create friendships and positive, stable role models.

Jesuit Social Services runs the program in Melbourne’s south, and provides mentor training to new starters. The training teaches mentors how to engage, communicate and set boundaries with young people. Terence says the sessions helped him know what to expect in his mentor role.

“The training was really good. We did role plays on different things – like if a kid acts up, the different reasons why they act up. The scenarios were helpful.”

Terence has now been mentoring a young man for a year. When they first met, Terence says the young man was “a really good kid” who was struggling to finish year 10.

“He didn’t really enjoy it, so he wasn’t going that much. He’d skip school.”

Since then, Terence has seen many positive changes in the young man. By sharing personal experience and knowledge, Terence says, the pair have developed a trusting relationship.

“I just introduced him to my life, my world and what I do. At the start it was a lot of me giving to him, but now he’s at the level where we can communicate as mates.

“He’s come a long way from the first time I met him. I’m really happy with how much I’ve seen him grow.”

The power of a positive role model

For Terence, becoming a volunteer mentor has been rewarding and satisfying. He describes supporting his mentee on a pathway to training and employment as a stand-out achievement of their relationship.

“I encouraged him to enrol in a TAFE course and he stuck it out for a few months, then he took up painting, did some rendering, and now he’s a line marker. What I’m probably most pleased at is that he’s understood the importance of work. When I first met him he didn’t really have that possibility.”

Sharing the experience of fatherhood has been another mentoring highlight. Early on, the pair discovered they were going to be parents within a week of each other.

“It was beautiful to be able to go on that journey, for him to be at that same stage of life as me and my wife.

“We got to go through fatherhood together. He’d say, ‘Is your boy doing this?’ and I’d be like, ‘Yeah, my boy’s doing that.’ We talk on a regular basis about that.

Terence says there’s a great need for mentors. He encourages others thinking about mentoring to “just do it!”

“We all have different upbringings, experiences and personalities. We can all play a part in somebody’s life. Often people just need someone to be there, to have the support of someone who believes in them.

“That’s pretty much what I did. I was just there for that young person and I believed in him. You never know the impact that it could make on a young person’s life.”

Becoming a Leaving Care Mentor is a great way to contribute to the community and directly help a young person. If you’d like to mentor a young person leaving care in Melbourne, please download our program brochure, or contact our Mentoring Project Officer for more information by email (mentoring@jss.org.au) or phone (03 9791 6596).