More than half of the young people involved in Victoria’s youth justice system have been suspended or expelled from school. The Navigator program helps keep vulnerable young people connected with education – and more children should have access to it, writes Jesuit Social Services’ Media Relations Manager KATHRYN KERNOHAN. 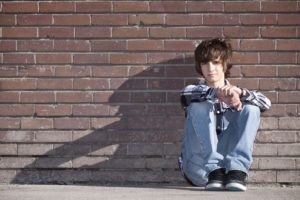 The links between disengagement from education and involvement with the youth justice system are well documented.

According to the 2017/18 Annual Report of the Youth Parole Board, 65 per cent of young people involved with the youth justice system had previously been suspended or expelled from school.

If we support children at a young age, when they start to show signs of disengaging from education, we can hopefully prevent future involvement with the justice system.

The program was established to support disadvantaged young people aged 12 to 17 to help them return to education or training.

Jesuit Social Services has delivered Navigator in the Hume and Moreland regions of Melbourne since its inception, with other community organisations delivering the program in other parts of Victoria.

We were pleased to see the Victorian Government commit $44 million to expand the program in the 2018/19 Victorian State Budget – with Navigator to commence in Brimbank Melton, Loddon Campaspe and Inner Gippsland from January 2019.

Over the last year, we worked with 180 young people, providing individualized support and casework to connect participants with school, meaningful activities and the broader community.

An example of the type of young people we work with is Steven (not his real name), a young Aboriginal boy who engaged with Navigator in late 2016.

Steven was experiencing significant challenges with his education and had long-standing issues with attendance, only attending three days of school in 2017. Despite having a diagnosed learning disability he was not receiving extra assistance in class and did not have an Individual Learning Plan.

He was also struggling with family conflict, low confidence and a lack of understanding around his own complex needs.

Steven’s Navigator case worker was able to gain a deep understanding of his personal challenges, build a sense of trust with him and link him in to culturally-specific services including counselling and group activities.

Navigator helped Steven re-engage with education and, two years later, he attends approximately 80 per cent of his school timetable.

His confidence has grown to the point that he has applied for casual work, which his mother identifies as a major success in his life, and is engaged with work experience thorough his school.

Steven’s story demonstrates the importance of long-term case management with a focus on a young person’s health and wellbeing, and the need for a culturally sensitive and respectful framework.

This is a model that we know works.

However, the program only works with children aged 12 to 17 and our experience delivering it has highlighted a need to start even earlier to identify and engage children at the first sign of trouble, before problems become entrenched.

We believe the next Victorian Government should lower the eligibility of the Navigator program from 12 years to 10 years old – meaning more children will have the opportunity to re-connect with education and steer their lives in positive directions.

This means better outcomes for children, their families and the broader community.

For a full list of our recommendations, read our Victorian State Election Platform: Education, Training and Employment.