As part of our ongoing blog series highlighting the learnings of our Justice Solutions tour, Jesuit Social Services’ CEO JULIE EDWARDS writes about her experiences in Germany, where youth justice systems prioritise education, rehabilitation and resettlement. 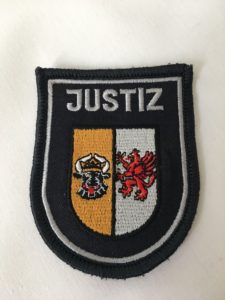 The general philosophy towards youth justice in Germany is to divert young offenders from the justice system wherever possible.

This is a philosophy shared by Jesuit Social Services, with evidence from both Australia and abroad showing that young people who are steered away from the system are less likely to re-offend than those who have contact with detention.

However, detention is an important part of any effective youth justice system. Sally Parnell, Executive Director of Programs at Jesuit Social Services, and I recently visited Neustrelitz Prison, about 90 minutes north of Berlin.

This facility includes separate areas for 14 to 18 year olds and 19 to 25 year olds, and offers social therapy (including an on-site farm), workshops and vocational training, and a unit for young women and their children.

We were joined in rich discussion by Professor Frieder Dunkel (Chair of Criminology, Faculty of Law and Political Science at University Greifswald), covering general principles about effective, and humane youth justice systems through to the operational practicalities of the facility.

A common theme that emerged was that a good youth justice system is based on a comprehensive, integrated approach. The German system is built on a solid legislative framework, strong philosophy that prioritises education, rehabilitation and resettlement, through to adequate staff numbers who are well qualified and experienced and who have the skills and orientation to deliver this approach.

This is contrast to Victoria, where our system has been burdened by staff shortages and a lack of appropriately qualified staff, which was a contributing factor to recent riots within facilities.

We learned about the German youth justice sector that extends from youth courts, which have their own judges and prosecutors, probation workers, social workers and public service staff – all of whom have a shared philosophy and approach.

In Australia, the age of criminal responsibility across all jurisdictions is 10. In Germany, it is 14 and very few young people under 18 end up in custody. Prison is viewed as a last resort and treated as such, with an extensive range of options used to prevent incarceration.

When young people are incarcerated, there is a four week period of thorough assessment where a plan for their time in custody is developed, covering their education and training needs, their social needs, and addressing particular issues such as anger or violence through specific interventions as required.

The concept of ‘dynamic security’ was also highlighted. Professor Dunkel said that this philosophical underpinning is given expression in legislation, namely that security is ensured through relationship, not fixtures and infrastructure.

The importance of a good culture that prioritises relationship was highlighted throughout the discussions – and we saw respectful interactions between staff and young people as we moved around the facility.

Staff reported that the use of physical restraint, lockdown and isolation are extremely rare (possibly used twice a year), with the focus always on education, and treating any event as an opportunity to build understanding and skills for life.

Staff also reported that they do not have incidents of young person on staff violence; and no experience of young people acting up in a group, let alone rioting (none in the last five years.)

The focus on reintegration back into the community starts six months prior to release (12 months in adult prisons), with probation staff working closely with the young person and prison staff to ensure a smooth transition.

Our German colleagues said the system could be further strengthened by enhanced accommodation options in the community upon release and lower caseloads for probation staff – some things seem universal!