International Women’s Day: we must reverse the trajectory of female incarceration rates 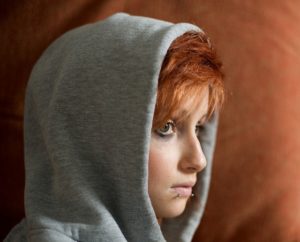 As we celebrate International Women’s Day this year, let us pause to remember the women at the margins of society, those who remain out of sight and out of mind. Like those in prison.

Sadly, the justice system has traditionally been structured for male prisoners and has failed to recognise and respond appropriately to the unique needs of women. A gendered approach is required to meet the needs of this cohort. As a 2013 federal parliamentary inquiry noted: “Factors contributing to female incarceration include poverty, poor education outcomes, unstable housing, domestic violence and/or sexual abuse and trauma. Women who have been incarcerated have a higher chance of substance abuse, mental health problems, debts and poor credit rating and socioeconomic disadvantage”.

Jesuit Social Services’ internal data supports this. Drawing on the profiles of 112 women in our prison-to -community transition services in 2016 (numbers vary between fields from 49-112), we found that the experience of family violence among women exiting prison was 91 per cent, child protection involvement (either as a child, parent or both) was 71 per cent and that 98 per cent of the women exiting prison who we worked with in 2016 were receiving Government pensions or benefits.

Our analysis also found that 81 per cent of women exiting prison in Jesuit Social Services’ programs in 2016 were mothers. This is particularly concerning, as we know that having a parent incarcerated is an established risk factor for both child protection and criminal justice involvement.

Similar to the male profile, reported homelessness among women was 57 per cent, substance misuse 89 per cent, mental health issues 59 per cent and, despite women’s higher school achievement rates, participation in education or employment remained low.

One way in which the profile of the women we worked with was different to men, in 2016, was that women who exited prison had far higher rates of education achievement than men (20 per cent of women completed year 12 compared to one per cent of men). This suggests that a tailored approach is required to address the particular characteristics and needs of female offenders.

Reversing the trajectory of women’s incarceration rates requires consideration of the impacts beyond the lives of women themselves to, most critically, their children.

Let’s use this to galvanise our effort to make sure we give these women the best opportunity to flourish as mothers, sisters, friends and neighbours.