Helping Aboriginal children stay out of the justice system 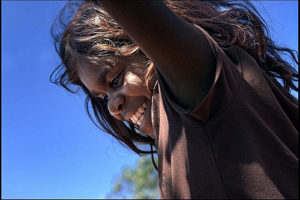 For many 13-year-olds, life revolves around school, hanging out with friends, spending time with family and extracurricular activities like sport or learning a musical instrument.

But that wasn’t the case for Sarah*, aged 13, when she was first referred to Jesuit Social Services’ Barreng Moorop program.

Sarah’s formative years had been marked by neglect and disadvantage after first coming to the attention of child protection services at the age of six.

When Sarah presented to the program, she had two unresolved criminal offences for theft and as an accessory to an attempted armed burglary and had recently been expelled from school. Her days were spent roaming aimlessly around shopping centres.

Sarah’s family had involvement with the criminal justice system – her father and older brother had both cycled in and out of prison. Her brother, recently released from prison and living in the family home, was exhibiting violent behaviour and using illicit substances.

The Barreng Moorop program focuses on diverting young people away from the justice system by addressing the underlying issues that impact on their offending behaviour.

Each participant is assessed individually and personalised case and cultural care plans are developed in collaboration with the participant and family.

Sarah was linked with a Barreng Moorop caseworker Rochelle via a referral from Child Protection. Initially, Sarah was difficult to engage and Rochelle had to work hard to gain her trust and show that she could be a reliable, trustworthy adult.

Rochelle’s first priority was to get Sarah engaged in activities to reduce the risk that she could commit further offences as a result of having nothing to occupy her time. Although Sarah was sceptical at first, Rochelle convinced her to visit an Aboriginal gym in her local area. The welcoming atmosphere of the gym convinced Sarah to get involved in a group training program.

Meanwhile, the team at Barreng Moorop worked together to advocate for Sarah to be enrolled at a new school. The team also referred Sarah to a Koori Education Support program. In relation to her living arrangements, Rochelle and Sarah worked together to develop a home safety plan. Since the formulation of the safety plan, her older brother has moved out of the home, however Sarah feels equipped to manage the situation if he returns.

Rochelle also engaged with Sarah’s mother Leila[1]. Leila was keen to see Sarah back at school and out of trouble. Barreng Moorop assisted with funding school books, stationary and a school bag.

During this time, Sarah also attended court at the Collingwood Neighbourhood Justice Centre, where she participated in a Group Conference run by Jesuit Social Services in relation to her offences. Barreng Moorop supported Sarah through this process and assisted her to write apology letters to the victims in the crimes she committed. Rochelle also helped Sarah to learn more about her culture by taking her to an Aboriginal museum to engage in cultural history as well as to a Koori girls program to meet other Aboriginal girls.

On seeing the positive changes in Sarah, Leila has agreed for the program to provide support for her other daughter, who while not involved in offending behaviour has been regularly receiving detention at school for disruptive behaviour.

For each of these young people and their families, the program represents a critical early intervention and an opportunity for a better future.

* Not her real name.