Recent media reporting on issues relating to migrants has highlighted politicians’ views in favour of supporting the deportation of migrants, including children, who commit serious crimes.

Immigration Minister Peter Dutton said while Australia does not deport children, the Joint Standing Committee on Migration is considering whether the law could be amended to permit the deportation of people under 18, and Opposition leader Bill Shorten recently indicated that Labor might be willing to support the deportation of children who commit serious crimes. He said the proposed policy “would straighten out a few people”.

Joining the chorus, Victoria’s Chief Commissioner of Police, Graham Ashton, warned that migrants who commit violent crimes should “expect to be shipped back to their own country”, and it has been revealed that a number of overseas-born children who have committed serious crimes in Victoria have been referred by Victoria Police to Border Force for potential deportation.

In light of this tough talk, we must remember that Australian attitudes towards multiculturalism are largely positive. Australia is one of the most culturally and linguistically diverse nations in the world. With almost a quarter of Australians born overseas, diversity is a central pillar of our national identity that should be recognised, welcomed and celebrated. 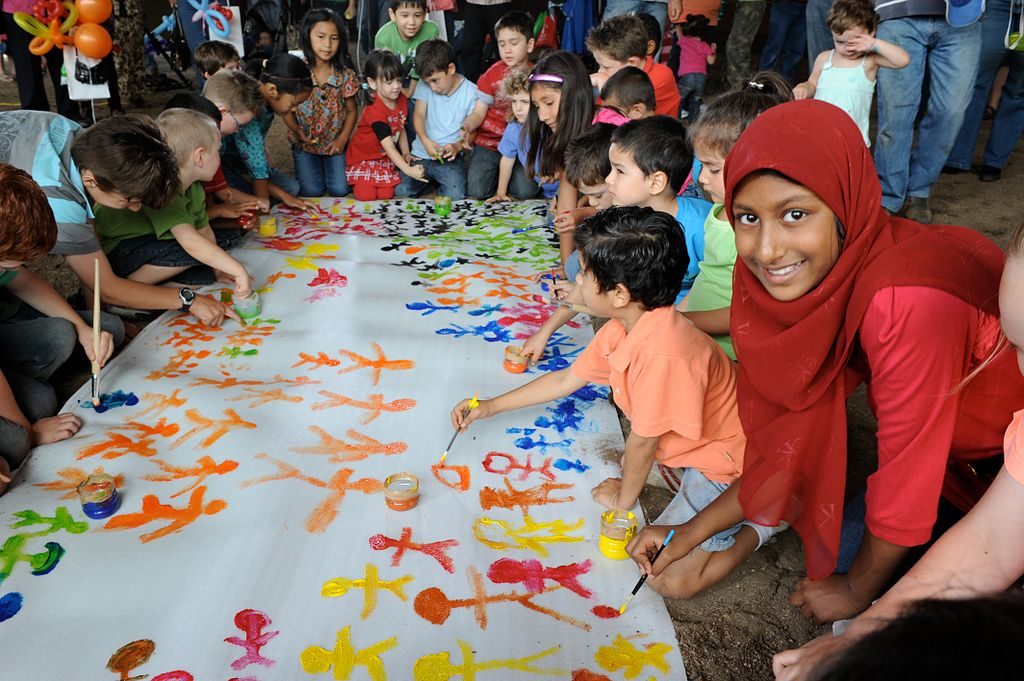 With almost a quarter of Australians born overseas, diversity is a central pillar of our national identity that should be recognised, welcomed and celebrated. Image credit: Wikimedia

Nevertheless, as the Scanlon Foundation reveals in its 2016 Mapping Social Cohesion report, there has been a “consistent increase” in negative responses to questions related to cultural diversity, though these remain the views of a small minority. Between 2015 and 2016, there has also been a marked upsurge in reported experiences of discrimination on the basis of skin colour, ethnicity or religion. Direct experience of overt racism has been found to be a leading cause for the social withdrawal of migrant youth from an African or Arabic-speaking background.

And, unfortunately, members of migrant groups have reported substantial disengagement from Victorian society. A number of factors contribute to this, including an inability to find employment, the traumatic background of many migrants, and discrimination from the broader community.

We believe that every Australian should have access to the opportunities in life that will enable them to flourish – to complete their education, to get a job, to access safe and affordable housing, to raise their children in safe communities and to see the next generation thrive.

In our submission to the Joint Standing Committee on Migration’s Inquiry into Migrant Settlement Outcomes, we outlined our strong opposition to any amendments to the Migration Act that would make mandatory the deportation of a person under the age of 18 who has committed a serious offence. Of particular concern is the risk of separation from other family members due to a person’s detention and/or removal from Australia.

Instead, we argue that place-based approaches are required to help newly arrived migrants to build social connections and foster belonging and engagement, giving refugees and migrants a sense of purpose to their lives. Building trust, belonging and community engagement are essential elements in fostering social cohesion. This is why we call on the Australian Government to commit to place-based initiatives that address entrenched disadvantage, prevent social exclusion and help migrants build social connections.

For 40 years, Jesuit Social Services has been engaging effectively with successive waves of new migrant groups to improve personal resilience and build a strong sense of belonging and social cohesiveness. Our Settlement Program strengthens social cohesion among migrant groups by addressing issues of belonging, leadership, social justice and equity, participation, acceptance and worth.