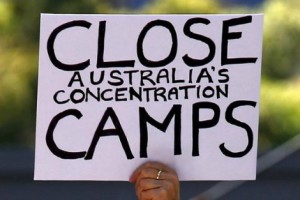 The piece follows yesterday’s ruling by Papua New Guinea’s Supreme Court that Australia’s use of Manus Island to indefinitely detain people seeking asylum is unlawful. In delivering its verdict, the Court announced that the Australian and Papua New Guinea Governments must take all steps necessary to cease and prevent the continued unconstitutional and illegal detention of people seeking asylum on Manus Island.

Fr Brennan writes that “yet again, Australia has been complicit in its Pacific neighbours (PNG and Nauru) prostituting their Constitutions and undermining the rule of law in exchange for a fistful of dollars, with hapless asylum seekers, most of whom are ultimately proved to be refugees, being left to languish”.

“Just because Australia does not have a constitutional bill of rights, that is no excuse for our governments exporting their cavalier disregard for human rights to our mendicant neighbours. The PNG judges thought their legal reasoning would be even more compelling ‘if the conditions of detention are such as to damage the rights and dignity of the detainees or, worse, cause physical or mental suffering’.”

Fr Brennan’s article concludes that the 850 people held in detention on Manus Island should be brought to Australia “under an agreement whereby their receive prompt processing and resettlement in exchange for their agreeing to drop their substantial damages claims for unlawful, unconstitutional detention in unconscionable conditions on Manus Island”.