With more than a quarter of Australians born overseas, diversity is a central pillar of our society. It is a strength that is recognised and welcomed by the vast majority of Australians. 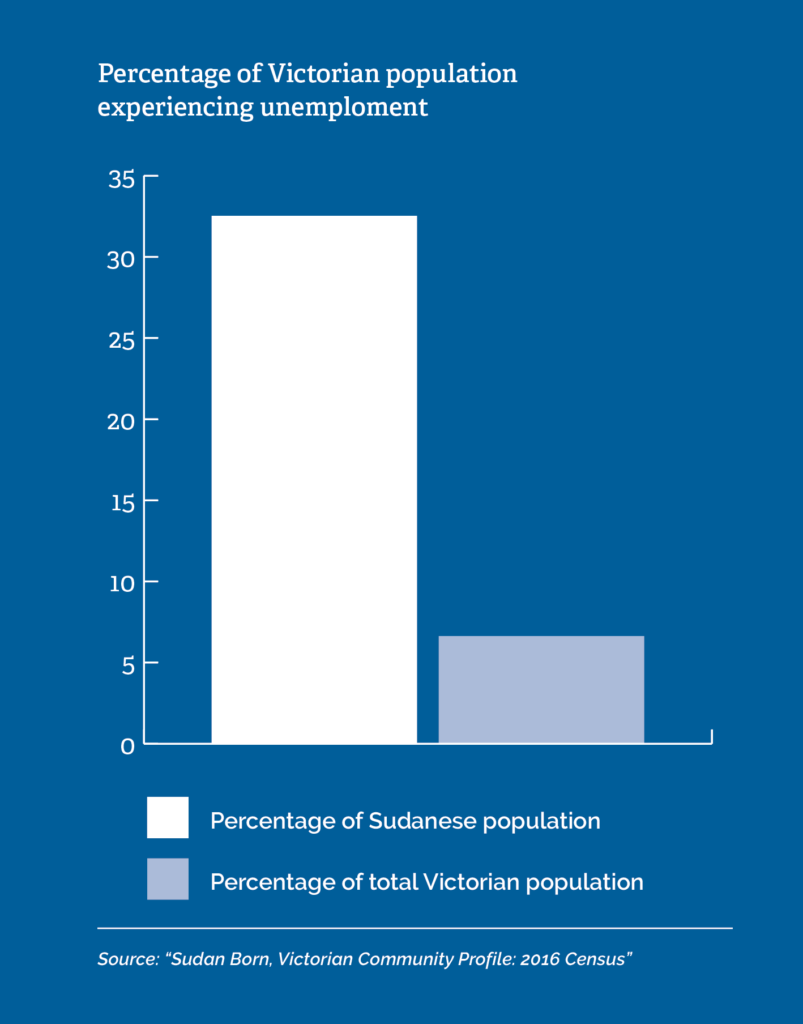 These results are heartening. However, we also know that prejudice remains a problem in society, with direct and painful ramifications for those who experience it – including barriers to employment. A 2016 study undertaken with 72 members of the South Sudanese community seeking employment in the Australian Capital Territory found that 89 per cent experienced racism in the process of looking for a job. Despite nearly half having tertiary qualifications, the majority were underemployed and working outside their chosen fields.

Employment is understandably a crucial goal for new migrants. It helps to ensure positive settlement outcomes, fosters broader participation in society, provides a sense of purpose, and creates opportunities for them to contribute to their community.

We believe that the role of business as an enabler of social inclusion should be more actively explored and promoted. This requires moving from a transactional to a transformational relationship between business and marginalised people; an approach grounded in an understanding of the capacity of business to work with organisations and the community – with positive outcomes for all involved.

A key example is the African Australian Inclusion Program (AAIP), which Jesuit Social Services runs in partnership with NAB. The program is now in its 10th year. It offers six-month paid work placements, including mentoring and career coaching, to qualified African-Australians. More than four hundred people have graduated from the program since its inception.

This program performs a social good, by broadening employment prospects with great benefit to those employed, plus their families and communities. It also provides significant benefits to the private sector by opening up an untapped labour market of talented workers. Of the most recent round of AAIP graduates in Melbourne and Sydney, more than 80 per cent were offered employment at NAB. The vast majority of program participants go on to secure full-time employment at NAB or elsewhere.

Building on this success, we developed the Corporate Diversity Partnerships program to help companies connect with a diverse talent pool of qualified people from refugee and migrant backgrounds. This includes collaborations with John Holland – one of Australia’s leading engineering, contracting and service providers – the Australian Taxation Office and Yarra Valley Water.

With a Federal election approaching, we call on the incoming Government to invest in strategies that promote social cohesion and enable individuals in our diverse communities to thrive. As part of this, the government should explore how initiatives that promote social leadership among business could be developed to help open pathways to employment for culturally and linguistically diverse communities.