When Ian Maurer’s son, Tim, took his own life in 2006, Jesuit Social Services’ Support After Suicide program became “like a lifeline” for Ian. 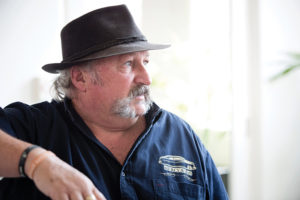 He participated in an eight-week early bereavement program but once it finished he felt there was “nothing to connect to”.

Some time later, Ian was contacted by staff from the program asking if he was interested in helping to establish a monthly Men’s Program, for men bereaved by suicide. He jumped at the opportunity to be part of the program’s steering committee and together with Colin Charles, Bereavement Support Worker at Support After Suicide and convener of the Men’s Program, the group has grown considerably.

“To me, it’s still as relevant as the first one I went to. The objective is to give a place where men can feel comfortable and whatever they say or do is within the walls of confidentiality,” says Ian.

Colin says the program plays a crucial role in helping men feel connected to one another and sharing their experiences.

“Basically the fact that the program exists helps people’s grief,” he says.

Ian now volunteers with and fundraises for Support After Suicide, which Colin says is deeply appreciated.

“You get to the process where part of your healing is about giving back to others, and we are grateful for Ian’s support,” says Colin.