Navigator helps Steven get back on track

When Steven (not his real name), a young Aboriginal boy, engaged with Jesuit Social Services’ Navigator program he was experiencing significant challenges with his education. 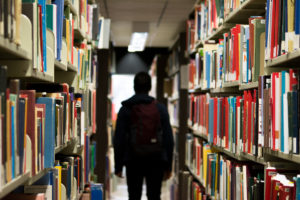 Steven had a long-standing pattern of not attending school. He has a diagnosed learning disability and was not receiving any extra assistance in the classroom.

Our Navigator program provides individualised casework and support to disadvantaged young people aged 12 to 17 to help them return to education or training.

Without early intervention some of these young people may progress to having contact with the youth justice system.

In the year before he engaged with Navigator, Steven only attended three days of school. Although his mother tried several times to seek extra support for him in the classroom, he was never provided with an Individual Learning Plan.

He was also struggling because of family conflict, low confidence and those around him not understanding his complex needs.

Steven’s Navigator case worker was able to gain a deep understanding of his personal challenges, build a sense of trust with him and link him in to culturally-specific services.

Two years later, Steven is attending approximately 80 per cent of his school timetable.

His confidence has grown to the point that he has applied for casual work, which his mother identifies as a major success in his life, and is engaged with work experience through his school.

Steven’s story demonstrates the importance of long-term case management with a focus on a young person’s health and wellbeing, and the need for culturally sensitive and respectful work.

Jesuit Social Services is calling for the Victorian Government to lower the age of eligibility for Navigator from 12 to 10 years, ensuring more vulnerable children have a chance to reconnect with school.