ANDY HAMILTON SJ writes that the Federal Government’s repeal of the Medevac legislation has stripped the benign mask from the Australian treatment of minorities to reveal a vindictiveness foreign to our sense of ourselves as a nation.

To a casual observer the repeal of the Medevac legislation may seem to be unimportant.  It touches less than 550 people on Nauru and Papua New Guinea, some of whom will find their way to medical treatment in Australia anyway. 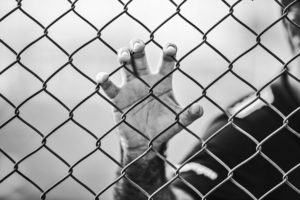 Photo by Milad B. Fakurian on Unsplash

Those facts that may suggest its insignificance, however, also show why it was so damaging, disgraceful and shameful. It was damaging because it means that patients with serious illness that cannot be addressed on Nauru and Papua New Guinea will face further delay. The repeal will also have a serious impact on those already suffering from mental illness.

The Repeal is disgraceful because the suffering of the people held on Nauru and Papua New Guinea has arisen precisely out of an immoral, cruel and unreasonable Australian Government policy. Immoral, because their lives and health have been treated as expendable in order to deter other people from coming to Australia by boat. Cruel, because their suffering is not the accidental consequence of that policy but central to its effectiveness as a deterrent.  And irrational, because the measures in place to deter people from making their way by boat to seek protection have already proved effective. Their suffering is Australia’s fault.

The repeal is also shameful. It has stripped the benign mask from the Australian treatment of minorities to reveal a vindictiveness foreign to our sense of ourselves as a nation. There was no need to repeal Medevac. The lives of people languishing on Nauru and Papua New Guinea had already been laid low. The passion with which the Government pursued the review recalls the fury with which a mob sticks the boot into someone already on the floor. It was an expression of power and rage at being thwarted.

We Australians are better than that. We may not be able to show directly our solidarity with our fellow human beings left on Nauru and Papua New Guinea. Doctors, lawyers and social workers, however, are still giving their time to tend the wounds of sick people there, still working to bring them to Australia. They deserve our help.