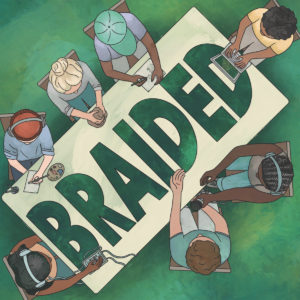 The series was made possible by Seed Innovation funding from the Lord Mayor’s Charitable Foundation.

This excerpt from episode six, The Bipolar Experience, features participant Kaeleb Ngatai talking about his experience of Bipolar Disorder.

“I was diagnosed with Bipolar Disorder in April 2018. It started after a short trip to Sydney. Looking back, I realise that I had increasingly more energy and needed less sleep each night. I also noticed my actions were becoming quite wild and erratic.

“I knew something was different when I started seeing colours more vibrantly. All I knew at this point is that I needed to keep moving and always doing something. I felt incredible – I had no idea what was going on. I thought it was a gift from God at the time.

“This feeling lasted a couple of weeks and then a full blown manic episode came. One day I was at my Aunty’s place and I wasn’t listening to anyone. This is when the psychosis hit me. I was terrified. My Aunty called my Nan in New Zealand and called a couple of doctors to see me at 1am. I was afraid. I needed to be in the light or the darkness would get me, so I had to turn on all the lights.

“The police ended up coming over and taking me to the hospital because my Aunty was scared. They put me into the mental ward. In hospital I kept running circles in the courtyard and when I got tired I had a drink and kept running.

“There was no convincing me I had Bipolar – it took me six months to a year to accept it. I still have manic episodes where I feel in a state of depression.

“Right now this is my level state, when I’m normal me. I don’t feel hyper or depressed. I’m pretty content where I am in life. I get out of bed and I’m ready for the day. I want to reach my potential, I want to work every day on becoming a better version of myself.”

To hear the series, visit www.braidedpodcast.com