A grandmother, who shares her story in Jesuit Social Services’ new report – All alone: Young adults in the Victorian justice system – shares the impact isolation in the prison system has had on her grandson.

My grandson, who is now 25, has experienced solitary confinement since he was 18. 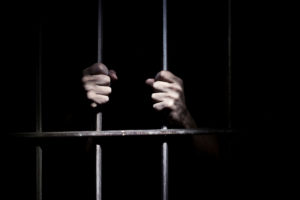 Read the report, All alone: Young adults in the Victorian justice system, on our website.

He has been released to the community from management (isolation) on many occasions but he goes straight back in because he has not had access to rehabilitation.

When he has been in solitary confinement he has not had opportunities to rehabilitate or learn skills to help him get a job. He has not had access to activities. He needs something to keep his mind going.

This has deeply impacted his personality and outlook. He is angry, finds it hard to communicate with family including his children and I believe it has affected his brain. I have noticed he is more paranoid and has a different sense of reality now.

There is no communication for him with anyone, except prison officers.

He has even said to me he has thought at times about taking his own life. What does this mean for him when he next gets released from prison or will he even be alive after this sentence?

Of course, this has had a hugely detrimental impact on his family members including myself.

Jesuit Social Services staff have seen first-hand the detrimental impact that isolation has on young people and we are campaigning for the Government to minimise the use of isolation and, when it is used, to ensure that human rights are being met.

You can read the full report on our website.